I'm sure we all know someone who is still waiting for a GeForce RTX 30 series graphics card, with a gamer in Poland waiting over a year... and celebrating this in style.

A bakery in Poland called E-Torty posted a story to their Facebook page, explaining that a customer of theirs ordered an NVIDIA GeForce RTX 3080 graphics card in September 2020 and has still not received it. The gamer asked E-Torty to make a 1-year anniversary cake, and then sent it to the retailer... to thank them for the year that they've spent together.

E-Torty said it was one of the funniest orders they've ever had, and once the cake was made and sent to the retailer, the Polish gamer received his GIGABYTE GeForce RTX 3080 graphics cards days later. Waited a year, sent a cake, received it days later... maybe the gamer should've gotten a cake in return?

E-Torty explained on their Facebook post: "Some time ago, we received an order to make and deliver a cake to a certain online store for the anniversary of an unrealized order. Customer ordered the #RTX graphics card exactly one year before and waited 365 days for delivery that extended due to shortage of stock products".

"For this reason, he decided to look back at the company and sent them a cake with ′′ One year together ′′ printed, order number and a photo of the long-awaited graphics card". 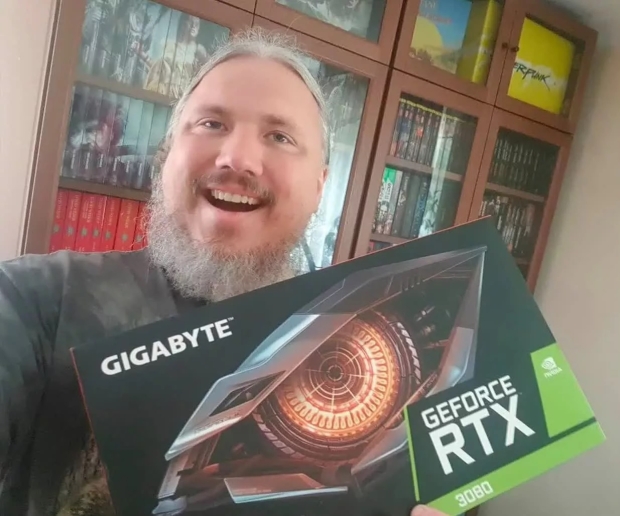