A team of researchers has run a simulation on nuclear war eruption regionally and globally, and they found that if nuclear war broke out at either level, it would cause climate change. 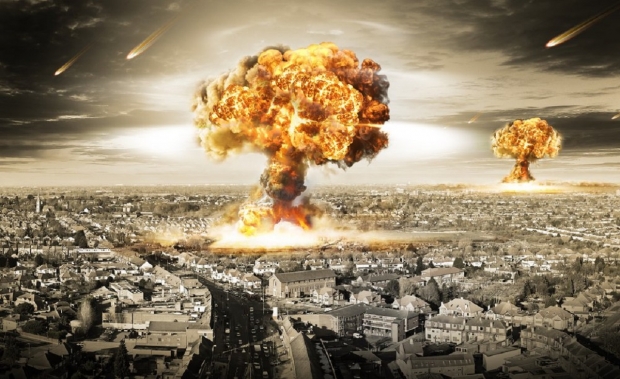 The new study published in the Journal of Geophysical Research: Atmosphere explains that nuclear weapons cause large plumes of smoke and toxic gas, which impact the ozone layer. In the new study, researchers used a climate model to predict the effects of nuclear war erupting regionally between India and Pakistan and globally between the United States and Russia.

What the researchers found was that regional nuclear war between India and Pakistan would generate five megatons of soot, which would reduce the global column ozone by 25%, increasing the amount of ultraviolet light Earth's surface is exposed to, which endangers human health and food supplies. On a global scale, the researchers estimated that war between the US and Russia would generate 150 megatons, resulting in a 75% loss in the ozone column for around 15 years.

Alan Robock, Distinguished Professor in the Department of Environmental Sciences at Rutgers University-New Brunswick and an author on the study, said, "Although we suspected that ozone would be destroyed after nuclear war and that would result in enhanced ultraviolet light at the Earth's surface, if there was too much smoke, it would block out the ultraviolet light. Now, for the first time, we have calculated how this would work and quantified how it would depend on the amount of smoke."

Robock added, "The bottom line is that nuclear war would be even worse than we thought, and must be avoided. For the future, in other work, we have calculated how agriculture would change based on the changes of temperature, rain and sunlight, but have not yet included the effects of ultraviolet light. In addition, the ultraviolet light would damage animals, including us, increasing cancer and cataracts."