A company has received the first-ever check from NASA to commence mining on the moon. NASA Administrator Bill Nelson presented the check to Lunar Outpost. 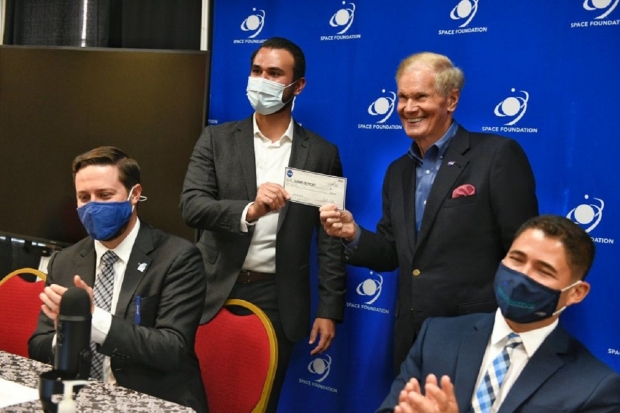 Nelson explained why the check is so little, "We had contractual terms with them when they produce their first element. We would give them 10% of their contract award. I am happy to present a check for 10% of their bid. Justin, here's a check for 10 cents." While the amount that was awarded to the company is somewhat humorous, Cyrus explains, "This sets a legal and procedural framework that will be utilized for generations and decades to come for companies like ours and many others to go out and collect resources from the lunar surface from other planetary bodies and make them basically useful for humanity."