New Yorkers were stuck underground for 5 hours yesterday, with a power surge shutting down half of the New York City subway system, with power restored early Monday.

The power outage started after energy utility company Con Edison, which powers the NYC subway system, reported a downed power line. This caused a voltage dip throughout New York City, with the chain of events causing the NYC subway system to shut down for 5 hours, becoming one of the largest emergency power system breakdowns in many years.

New York Gov. Kathy Hochul (D) described the event as "an unprecedented system breakdown" for the Metropolitan Transportation Authority (MTA). Hochul said: "Last night was unacceptable. If you're one of those riders or people relying on safe transport, the system failed you. The MTA is the lifeblood of the city, and a disruption of this magnitude can be catastrophic".

There were also 2 backup emergency generators that were purposely designed to kick in automatically during power losses, but they didn't work at the time -- failing at the worst possible time. The rail system also glitched, failing to recommend to Con Edition power once the company restored its break. On top of that, they didn't tell train controllers that the system had not shifted to another power source, and that it was operating on battery power.

Out of the 83 trains that the NYC subway system had on its tracks through lines 1-7 and the L train, 5 were stranded with over 550 people stuck underground. 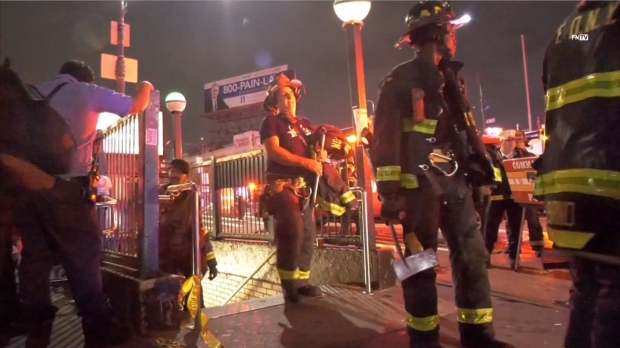