Elon Musk, Richard Branson, and Jeff Bezos have been invited by Russia's space agency to join them at the launch of Soyuz MS-19.

Roscosmos head Dmitry Rogozin invited the three space entrepreneurs to the Baikonur Cosmodrome for the launch of one of the space agency's most anticipated missions, Soyuz MS-19. Rogozin invited Musk, Branson, and Bezos on Russia's Channel One, while also revealing the mission will include a director, an actress, and a filmmaker that will shoot a movie aboard the International Space Station (ISS).

Rogozin backed up his invitation on Twitter, saying, "On October 5, a new expedition will leave for the International Space Station. We are planning to send a cinematographic group of the leading television channel as part of it. If you succeed, I would be glad to see you on October 5 in the cradle of world cosmonautics - at the Baikonur cosmodrome." The movie that will be shot over a week aboard the ISS is titled "Vyzov", which translates to "Challenge". 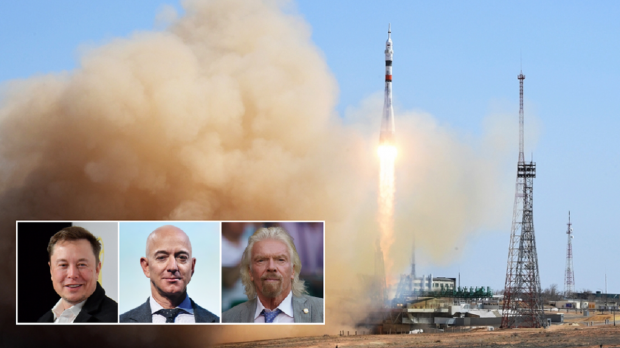