The Apollo 11 moon landing is one of the greatest achievements humans have ever made, but what if there was a wicked twist after Neil Armstrong put his first foot on the moon?

The launch trailer for "Humankind" shows off this awesome twist as it depicts Neil Armstrong setting down on the moon and walking towards the flag-planting location. Upon reaching the location, he notices a footprint on the moon's surface, only to see another astronaut standing in front of him, but it's an astronaut from Brazil.

The two astronauts duke it out on the moon for the honor of being the first country to plant the flag, only to realize they aren't alone in this quest as astronauts from competing countries proceed to run down a moon hill to join in on the fight for 1st place. The launch trailer for a strategy game called "Humankind" developed by Amplitude Studios, where players will have the opportunity to take their civilizations through the ages of human existence and eventually even reach the moon.

If you are interested in learning more about Humankind, check out the Steam page here. 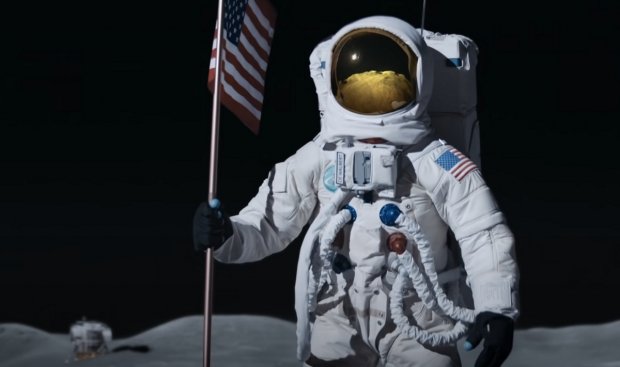