Researchers have known that Mars has ice on it for some time, but what they don't know is how much of this ice is water and how much of it is dust. 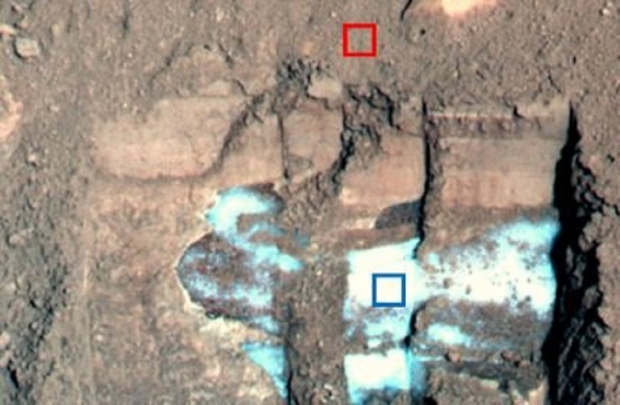 Using data acquired by NASA's Phoenix Mars Lander and Mars Reconnaissance Orbiter, planetary scientists Aditya Khuller and Philip Christensen of Arizona State University partnered with Stephen Warren, an Earth ice and snow expert from the University of Washington, set out to determine just how much dust is contained in Martian ice using computer simulations. The researchers found that the ice dug up by the Phoenix Mars lander formed from dusty snowfall that occurred sometime within the last million years.

The researchers also found that the ice found on the surface of Mars could be from dusty snowfall, according to Khuller, who said, "There is a chance that this dusty and dark ice might melt a few centimeters down. And any subsurface liquid water produced from melting will be protected from evaporating in Mars' wispy atmosphere by the overlying blanket of ice." 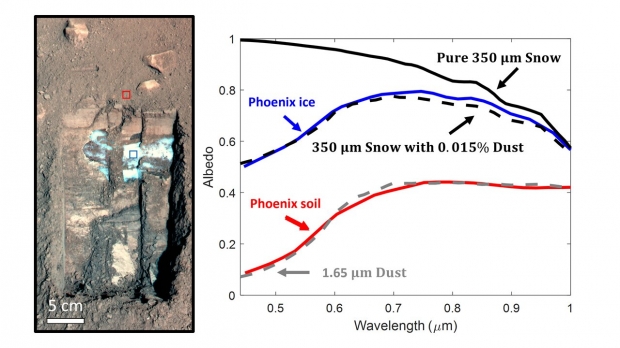 Adding, "It is widely believed that Mars has experienced multiple ice ages throughout its history, and it looks like the ice being exposed throughout the mid-latitudes of Mars is a remnant of this ancient dusty snowfall."

This study is just the start of what can be done about the ice on Mars. The researchers have already said that they are working on computer simulations that would be able to determine how the ice evolves over time and if coverted to liquid water.

"We are working on developing improved computer simulations of Martian ice to study how it evolves over time, and whether it might melt to form liquid water," Khuller said. "The results from this study will be integral to our work because knowing how dark the ice is directly influences how warm it gets." 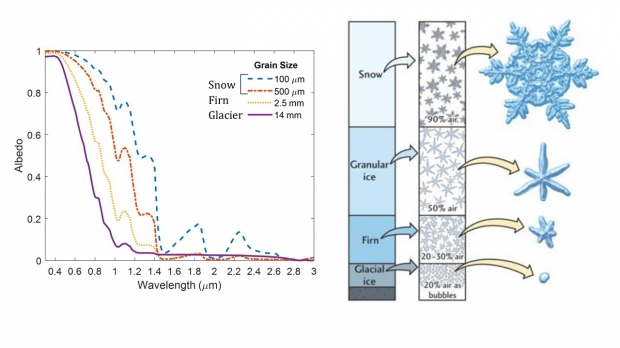