Sony has fried a unique Dualsense controller giveaway from Down Under. 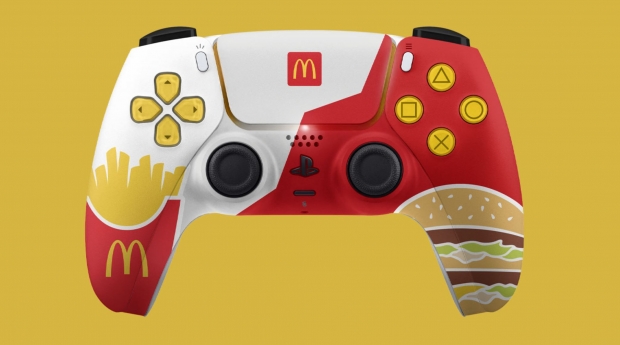 To celebrate 50 years of burgers and fries, Macca's--what Australians call McDonald's--planned to give away 50 McDualsense controllers in a Stream Week event. These were custom PlayStation 5 controllers stylized with a Big Mac on one side and crispy French fries on the other. In other words it was a product placement advertisement that constantly reminded you of the not-so-healthy fast food chain.

There's just one problem: Macca's didn't get Sony's permission for this promotion. A billion-dollar food chain using a separate product to essentially advertise itself without authorization is grounds for repercussions, so Macca's has cancelled the Dualsense giveaway.

"Sony PlayStation has not authorized the use of its controller in promotional materials related to the proposed Stream Week event and we apologies for any inconvenience caused. McDonald's stream week has been postponed and Sony PlayStation controllers will not be included in the giveaway," Macca's told Press Start.

It's likely Sony's angle was two-fold here: One, it didn't really want to be associated with fast food, and two, it's not getting any money from the promotion. This isn't a grassroots event thrown together by fans for a fundraiser, but a celebration from one of the most lucrative restaurant businesses on the planet.