Back in 1963, two researchers named Penzias and Wilson discovered what is called the cosmic microwave background. 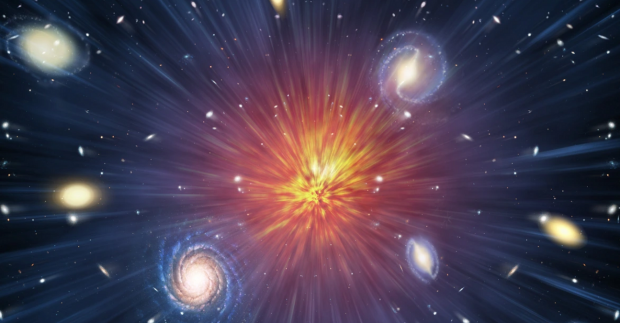 This discovery is the best evidence humans have towards tracing the expansion of our universe back to a single point or explosion - the Big Bang Theory. Since this is considered the "beginning" of the universe, will there be an end? According to Katie Mack, a theoretical cosmologist and Assistant Professor at North Carolina State University, the universe will have an end, and we are already transitioning into it.

Mack explains in an article on The Big Issue that star formation across the universe has been slowing for billions of years and that the space between galaxies is becoming further and further apart after the effects of the Big Bang fade. Mack says, "if you judge by comparing the number of stars that have already been born in the cosmos to the number that will form in the future, our universe is at least 90 percent finished. In 100 billion years, other galaxies will be so far away we won't be able to see them, and most of the stars in the Milky Way will have already burned out."

Mack goes on to say that she isn't personally "OK with the fact that our cosmos is (very slowly) dying", but she believes that this fact will help her be able to put some things into perspective in her life. If you are interested in reading more on this story, check out this link here.