Aldin dropped a surprise announcement about its flagship game, Waltz of the Wizard, over the weekend. The game's next expansion, Natural Magic, brings more than just new spells to learn. The developer has added "hours of entertainment" to Waltz of the Wizard, giving you new locations to explore, and enemies to put your new skills to the test.

Waltz of the Wizard is one of the most successful VR titles, with over 400,000 unique players. Aldin has created a unique interactive experience in Waltz of the Wizard, that lets you experiment with spell craft and magic casting. The new expansion, Natural Magic, takes you out of the wizard's quarters and into the world where you must put your magic powers to practice.

The new expansion includes an exterior courtyard where you can explore the new "natural magic" skills the expansion brings to the table. Once you've learned the basics, you can put your new magic powers to the test against magical enemies in a mysterious hidden fortress.

The Natural Magic expansion will be available on July 6 on SteamVR and Oculus Quest. It will be a free upgrade for people who already own the game, which you can purchase today for $10. When the expansion drops, the developer said the price will go up to an undisclosed price. Now's your chance to get it cheap. 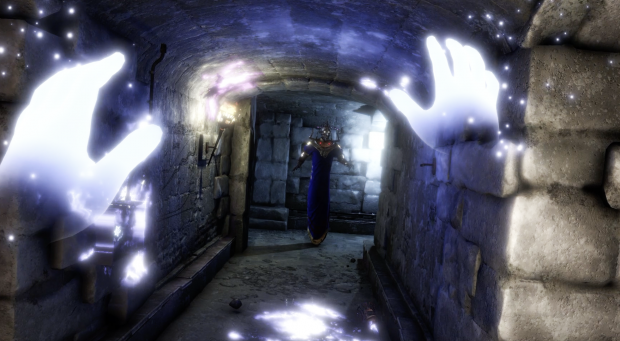