A new video has been created that shows a "pretty close" simulation of how Starship reenters Earth, according to Elon Musk.

Twitter user Alexander Svan has posted a video of his finished simulation of Starship reentering Earth and tagged Elon Musk in it. Musk replied to the video and said it was "pretty close", and followed up by giving some tips to Svan, "No tiles on back side of flaps. Some tiles towards leeward side of ship trailing plasma spilling off rear of flaps."

If you have watched the video, you probably didn't notice the Dogecoin symbol that is painted onto the side of Starship. Below you will find some screenshots of it, and if you have been following the cryptocurrency news involving Musk and Dogecoin, you will understand that this is a very lovely touch by the animator. Starship is a fully reusable, two-stage-to-orbit super heavy-lift rocket that SpaceX plan on using to reach Mars. 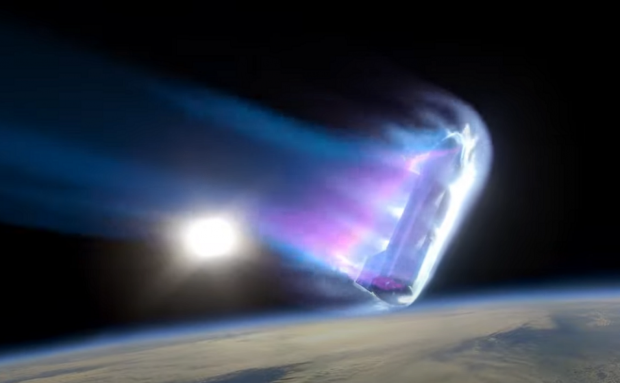