Western Digital are on a bit of a roll lately in terms of releasing new HDDs. Recently they unveiled both standard and enterprise class 750GB hard disk drives, and now they follow on with a new line of power-efficient hard drives with capacities ranging from 320GB through 1TB.

The new "GreenPower" line of hard drives are said to cut power consumption by up to a whopping 40%, that's a pretty bold claim right there but you never know, WD could be onto a really good thing here. To help keep power usage to a mininum the drives have the ability to adjust their spindle speed on the fly (between 5400 and 7200RPM) depending on whats being asked of the drive at the time.

Other specs are 16MB of onboard cache, support for 300MB/s SATA speeds, and WD's exclusive IntelliPower, IntelliSeek and IntelliPark technologies embedded.

For the full rundown on 'em have a read of the official PR on Western Digital's website. 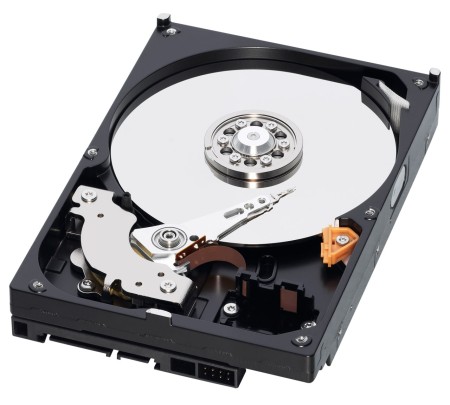 LAKE FOREST, Calif. - July 23, 2007 -Western Digital Corp. (NYSE: WDC) today announced a new environmentally friendly GreenPower family of WD desktop, enterprise, CE and external hard drive products. The new GreenPower (GP) family will ship in capacities from 320 gigabytes (GB) to one terabyte (TB), and will save up to 40% in hard drive power consumption, or as much as $10 per drive per year.