After nearly 8 years, Sony is pulling the plug on the PS4's Communities feature. 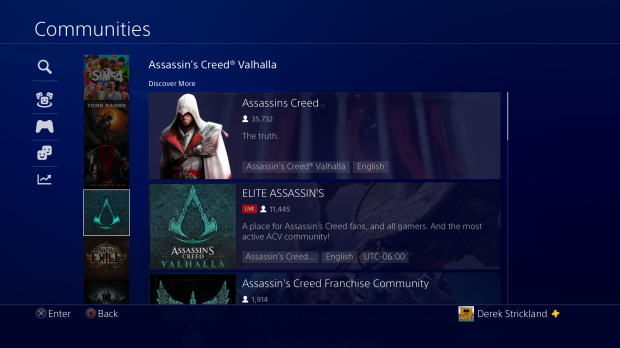 Sony confirms the PS4's Communities social feature will be removed in April 2021, displacing many gamers who still use the platform to communicate. Communities are a way that everyday gamers can come together and share screenshots and text messages in an open Discord-style chat. I myself have used them to discuss details, share info on how to beat certain quests, and discover new content and even make new friends with strangers.

Here's what Sony said in an email to PlayStation Network users: 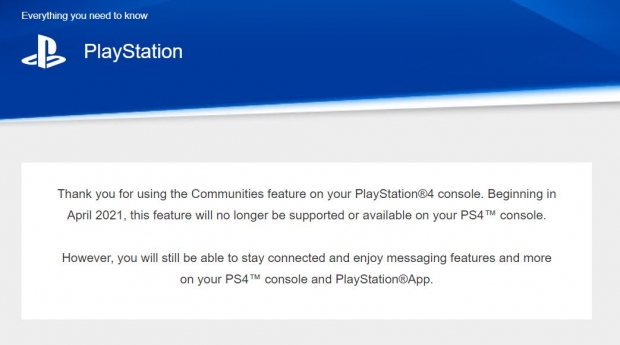 The move is certainly baffling. If anything, Sony needs as many engagement/social hooks as they can get. The main sentiment is that Sony is justified because no one really uses the feature any more, but that's not the case. The official Assassin's Creed community, for example, has tens of thousands of subscribed users and gamers are quite actively messaging one another on the platform.

It's likely that Sony will replace this feature with something else. But it ultimately doesn't make sense. Communities were a way for gamers to help find teammates in L4G-style forums, chat about their favorite games and build hype, and offer a centralized social infrastructure built around specific titles.