Sparkle have just kicked off a budget oriented GeForce 8500 GT graphics card with a clearly noticable difference. The new Calibre P850LV has a neatly positioned daughter card attached to it which displays real-time GPU and PCB temperatures via its 3bit digital tube display. You can switch between the two temperatures manually.

Sparkle knew not to stop there though, they also made the card stand out some more with its overclocked 650MHz core, 1300MHz shader and 1600MHz mem clock speeds, along with a unique looking cooling solution to boot.

I guess it just comes down to the price now (not yet known), being an entry-level card I cant imagine many people forking out much more for it over a standard 85GT, otherwise the more tempting option would be to simply move to a bigger/faster card no doubt. 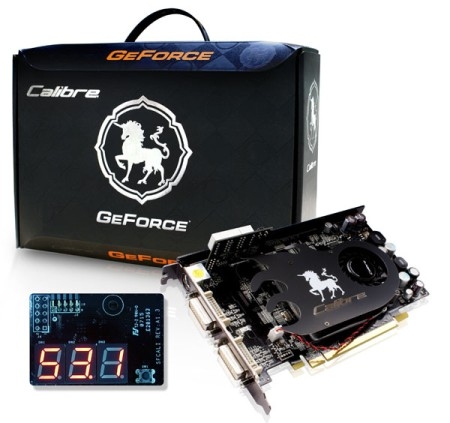