Infinity Ward's new Haunting of Verdansk cross-over Warzone and Modern Warfare event might be the ultimate seasonal Halloween event in gaming history, complete with custom Jisaw and Leatherface skins and tons of content.

The ambitious Haunting of Verdansk timed event starts tomorrow across all platforms in both Warzone and Modern Warfare, and is part of the season 6 rollout. Infinity Ward has jam-packed tons of stuff to do and experience, from new Jisaw and Leatherface skin packs that unleash a distinct Halloween Horror Nights terror onto the battlefield, to the little nuanced Easter eggs that only appear every so often (weird ventriloquist dummies in Verdansk, as well as chainsaw ghosts). 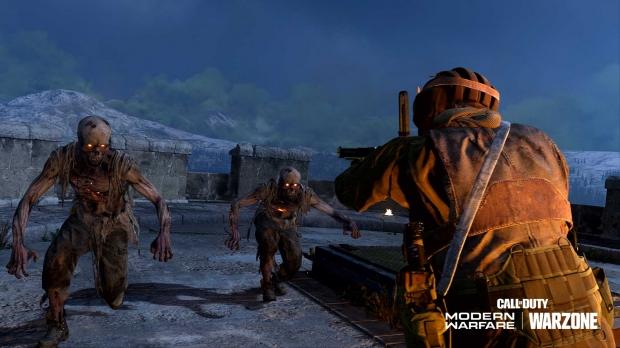 The most exciting part of the Haunting in Verdansk event is Zombie Royale, a new zombies mode with a twist: When players die, they come back as zombies to take on other living players. Undead players can actually resurrect themselves by killing two live players and collecting special syringes.

The weird hauntings and changes across Verdansk are also available in this mode, so expect creepy things to happen in the darkness--the trick or treat boxes, random encounters with ghosts and ghouls, and other surprises. 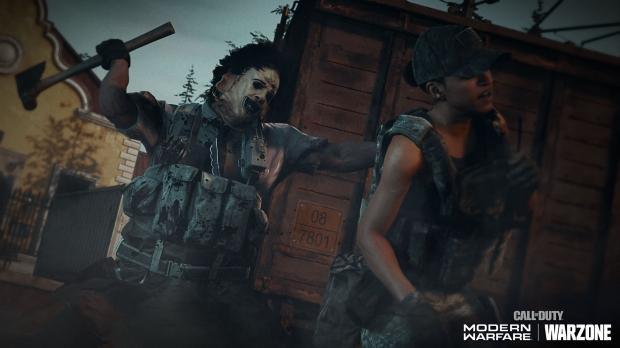 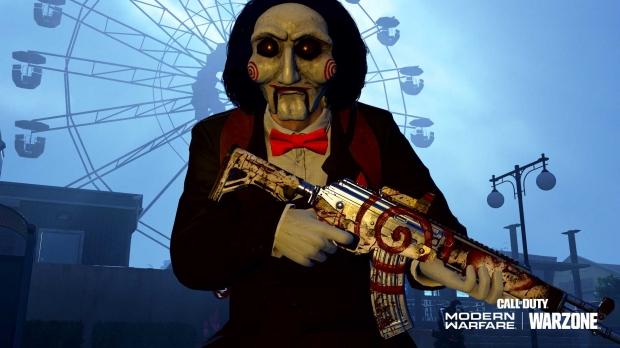 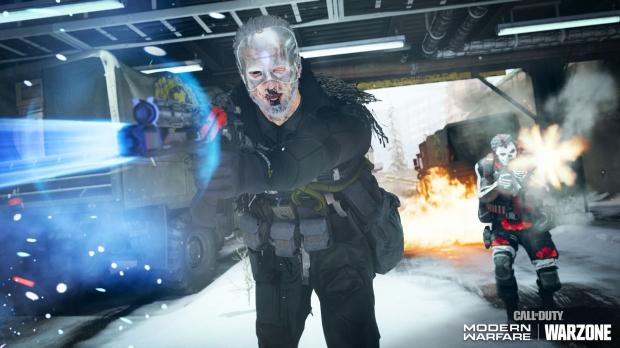 The cosmetic bundles include: 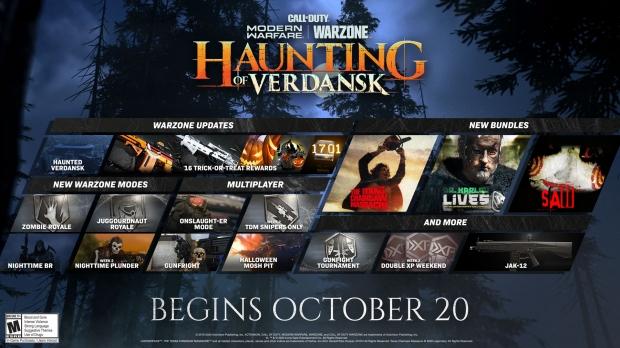 Warzone is getting a limited-timed Trick or Treat event, which shrouds Verdansk in darkness. The new dark infiltrations will be available in certain modes like Trios and adds some creepy new additions to mess with your A-game, including a ventriloquist dummy that randomly pops up on TV screens, as well as a ghost that terrorizes players on nearby farmlands.

The Trick or Treat event also includes a neat little scavenger hunt with special supply boxes. Sometimes these boxes contain goodies. Other times they contain a trick...so watch out. If you find all the boxes you can unlock a special rare Pumpkin Punisher assault rifle blueprint.

Other additions include Modern Warfare multiplayer content. When a player gets 3 or more kills in a row, their head will transform into a flaming pumpkin, Headless Horseman style. Other changes include scarecrows, skulls and other spooky alterations. 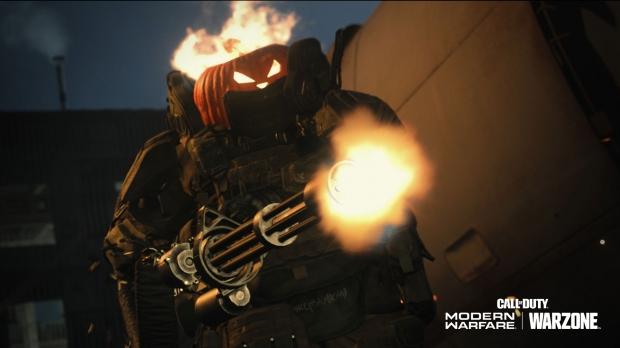 Haunting of Verdanski goes live tomorrow in both Modern Warfare multiplayer and the free-to-play Call of Duty Warzone tomorrow, October 20, 2020 on PS4, Xbox One, and PC.