The PS5's clean, concise, and functionally-layered UI is designed to give players more control over their gaming experiences. The next-gen PlayStation 5 will respect your time. 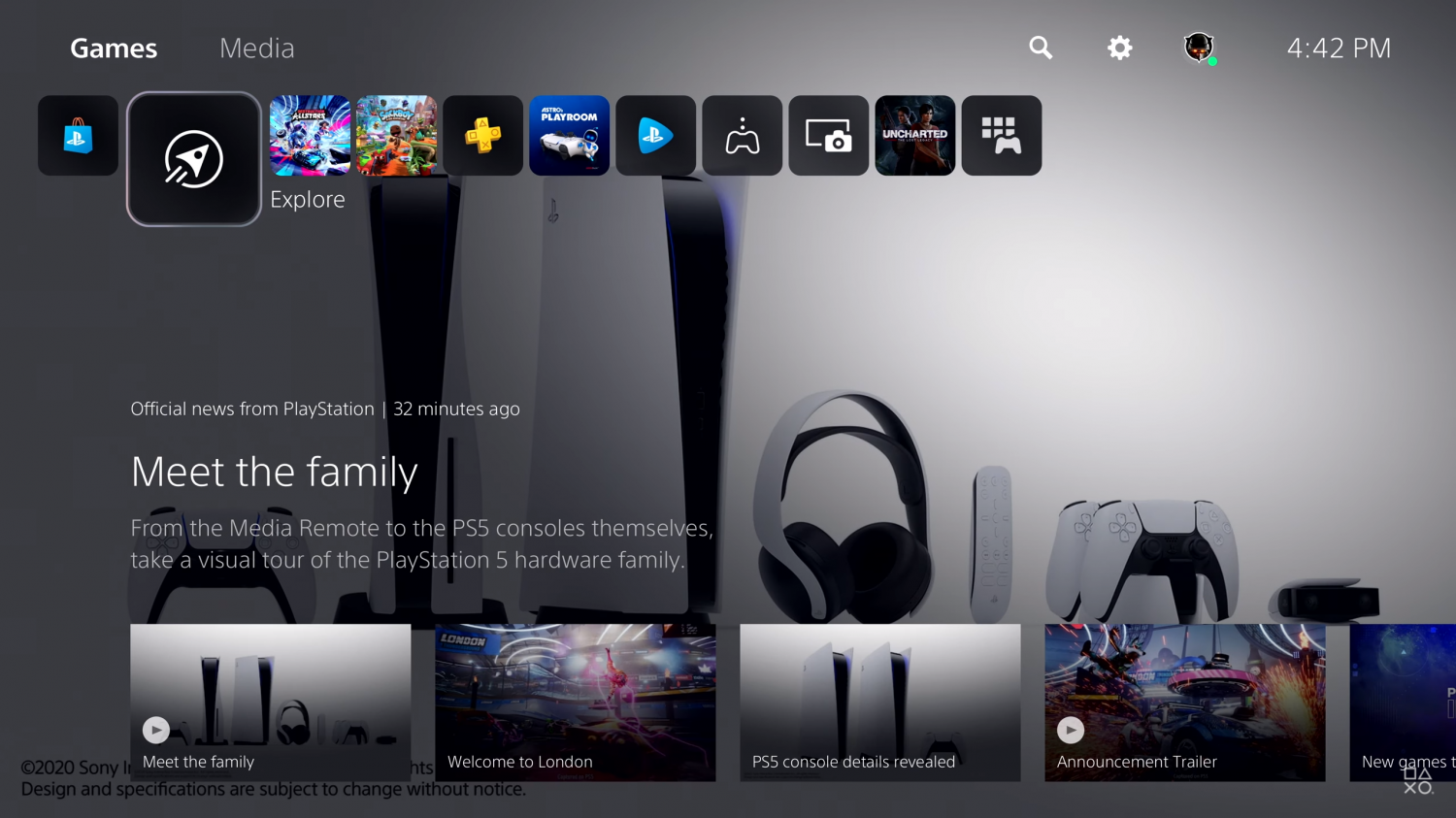 Sony recently showcased the PlayStation 5's UI and revealed lots of incremental improvements over the PS4. The next-gen UI is a general evolution over the PS4 in nearly every way. The home page has changed into the Control Center, and the interactive square panes are no longer limited to just games and apps. 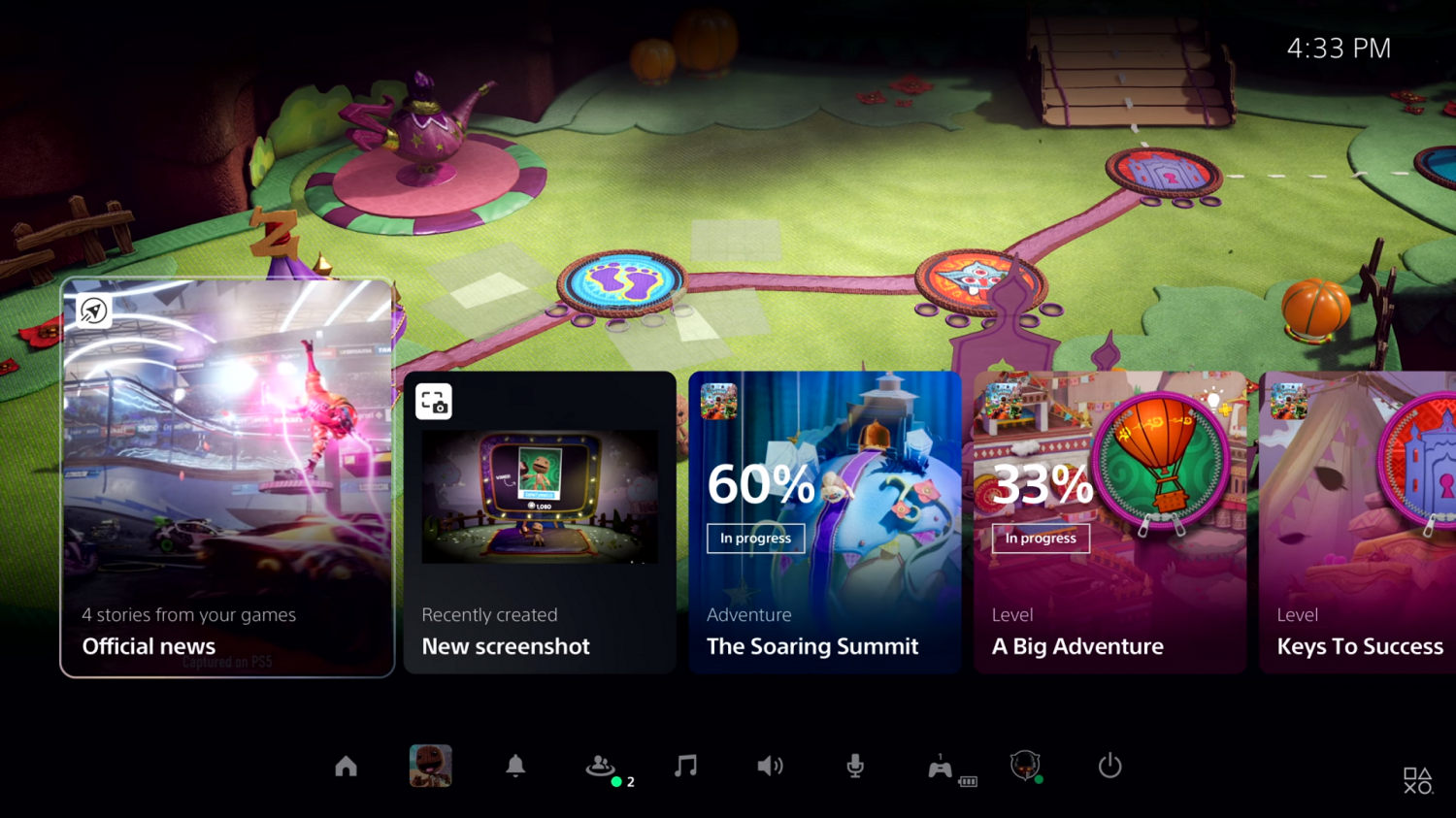 Instead, the panes are layered kind of like a deck of cards. Each game has its own card stack. The cards allow gamers to do multiple things, from launching the game outright to tracking in-game adventures, or challenges, via the Activities section that unlock specific rewards.

There's cards for game news from developers, recent screenshots and video captures, and even a progress meter for each level of the game (some games allow you to quick-launch right into a specific level). The idea is to carve up the game in specific ways to allow more replayability and unique ways to beat certain levels. The challenges aren't just game-wide, but they're baked right into the UI itself. 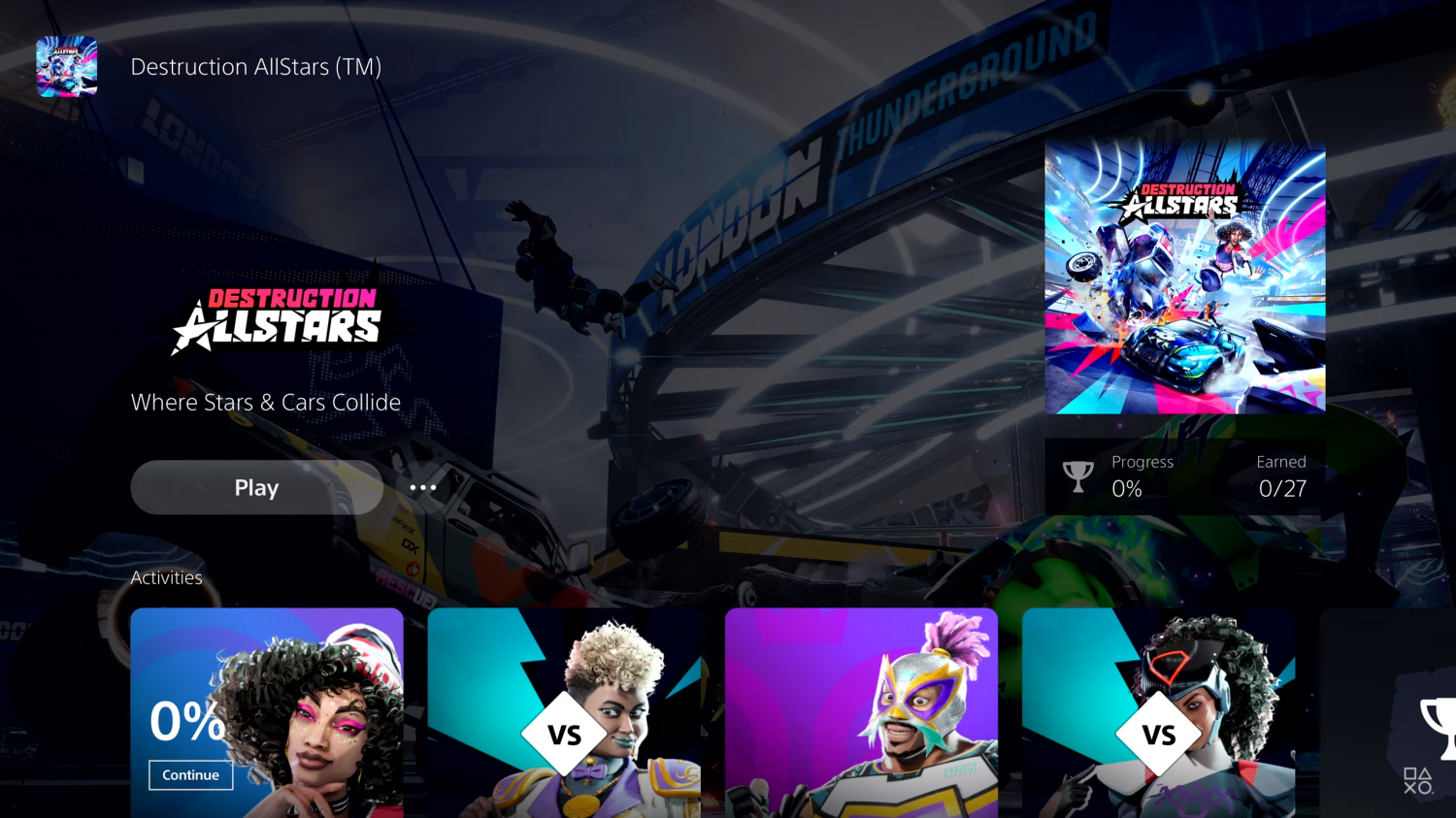 This card-stack functionality opens new ways to play PlayStation 5 games. The Activities section can even track your playtime and deliver personalized estimates on how long it'll take for you to beat certain levels and maps in the game.

Along with the high-end 4.8GB/sec PCIe 4.0 SSD that enables ultra-fast load times, this feature is designed to get you right into the action and respects your time as a gamer and a consumer. A big theme of the PS5 is quick access to the games you want to play, how you want to play them.

The PS5's UI also has built-in game tips that can be pasted right on the screen as you play. The downside is these hints are exclusive to PlayStation Plus subscribers.

The PS5 will notify you any time your friends start a party. You can easily click the PS button and jump right into their party via a seamless on-screen menu. Everything is so fast that gameplay isn't interrupted considerably and there's no annoying waiting. The on-controller mute button makes it easy to mute anyone you don't want to hear from.

You'll also get a notification any time a player shares their screen via an online stream. Gamers can share their screens privately with members of a party, and anyone who watches can actually lock the stream window on their screen in a picture-in-picture mode for more interactive play. The potential here is huge.

Friends can watch each other beat specific bosses in a game, or do mini-challenges and create activities and challenges of their own. You can watch a friend tackle a hard mission or get live tutorial hints directly from another player.

You can also join a player who's playing a particular game right in the UI, similar to PS4. The difference is the join access is now on a card versus being locked in the more layered party/friend pane. 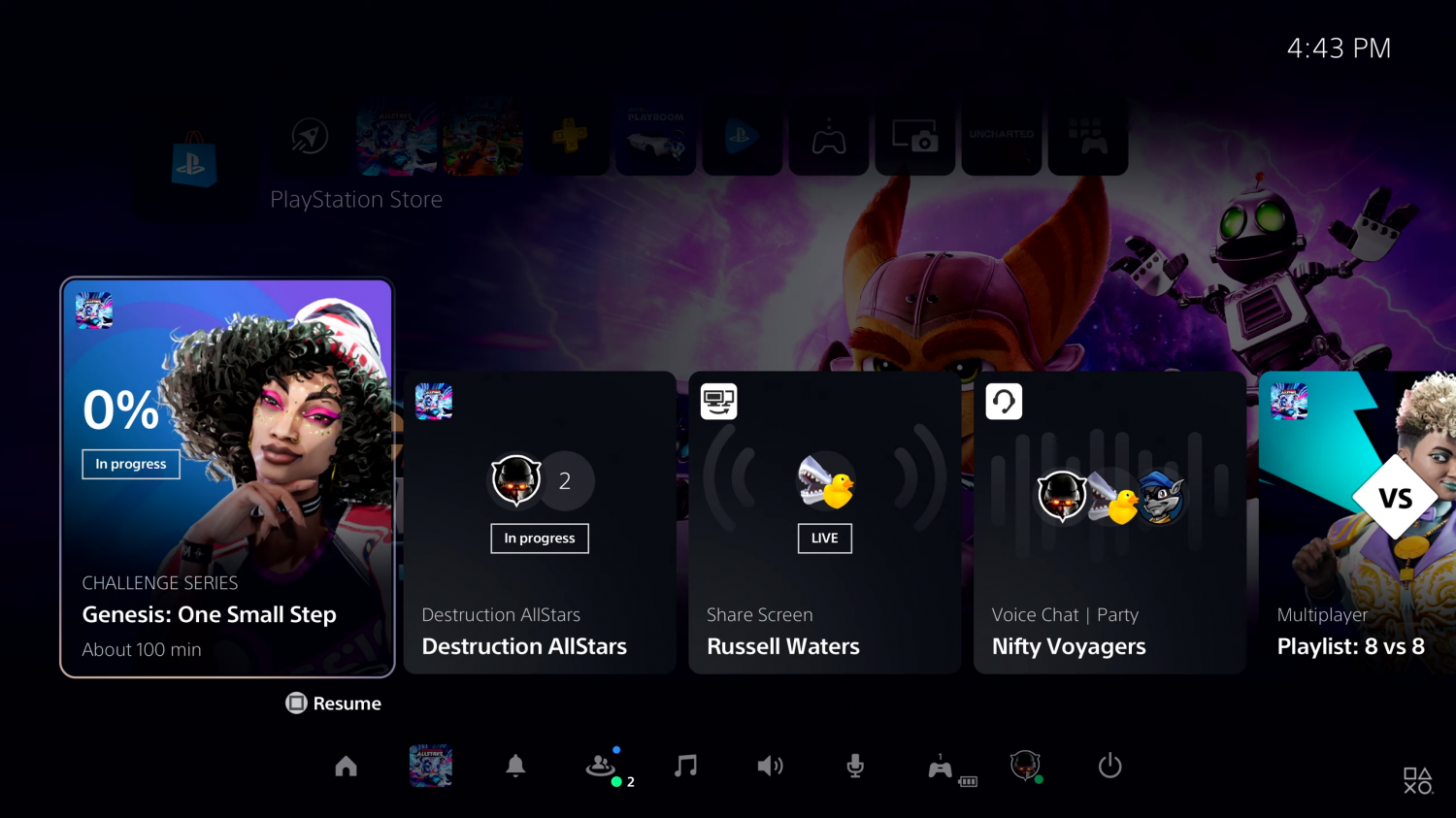 The PS5 has a home screen that's similar to the PS4, but it's much, much cleaner. Since all the game-specific and community features are now layered in cards, the home screen is functional and clear. There's not any distractions and Sony keeps things simple here.

The Home Screen houses a hub for each individual game. The hub functions just like it does on the PS4. Just press down and you get access to a bunch of content and info, from instant-access Activities to game news right from developers.

You can even click a pane to jump right into a specific gametype--there's no need to actually start the game and then navigate to the game mode. Just click the quick-launch card in the hub and bam, you're loaded right into 8v8 multiplayer.

The hub also includes screenshots, video, and other community-created and -edited content from members on the PlayStation Network.

Sony is careful to say that some--not all--backwards compatible PlayStation 4 games will utilize these features.

Another cool feature is the PS5's DualSense controller supports voice-to-text thanks to its built-in mic. So you can send quick messages to friends via text or even attach messages to screenshots and share them with friends or with other players on the PS Network.

The new and improved PlayStation 5 UI will be baked right into the console's streamlined OS when the system launches November 12, 2020.