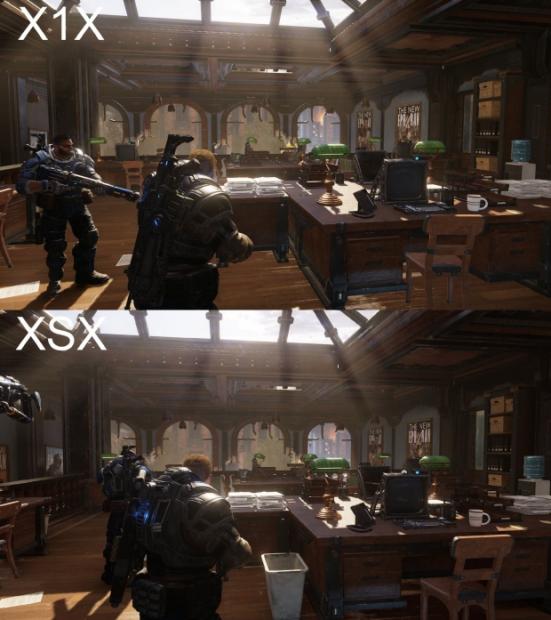 This is what we were told to expect from the Xbox Series X version of Gears 5:

And now, side-by-side screenshots of Gears 5 on the Xbox One X and Xbox Series X: