aNetherealm confirms anyone who owns Mortal Kombat 11 on PS4 and Xbox One will get free next-gen upgrades on PS5 and Xbox Series X.

Mortal Kombat 11 is getting re-released for the third time with a $59.99 ultimate collection that bundles Kombat Pack 1 (Shang Tsung, Nightwolf, Sindel, The Joker, T-800, Spawn) and the newly announced Kombat Pack 2 (Mileena, Rambo, Rain) alongside the Aftermath expansion. Mortal Kombat 11 Ultimate is coming to PS4, Xbox One, PC, Switch, and as a next-gen SKU on PS5, Xbox Series X consoles on November 17.

The next-gen upgrades won't be locked to Ultimate purchases, and you don't have to re-buy the game in order to get the upgrades. Netherrealm confirms Mortal Kombat 11 will be optimized to support upscaled 4K res on next-gen systems, as well as utilize blistering-fast load times compared to the sluggish HDD transitions/startups. Cross-gen support is also added in "select modes" but we're betting classic online VS battles are supported. 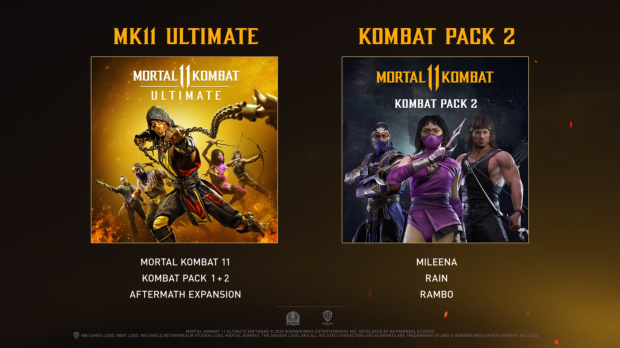 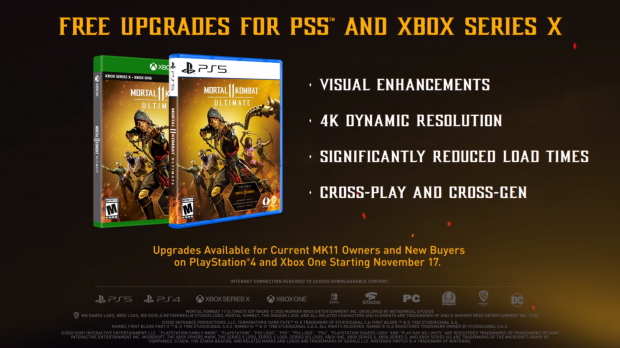 Check below for all the content and features included with Mortal Kombat 11 Ultimate: