I don't know about you, but the world of storage interests me just as much as GPUs and CPUs -- with Sabrent coming out and slaying everyone every couple of months with a record-breaking drive. 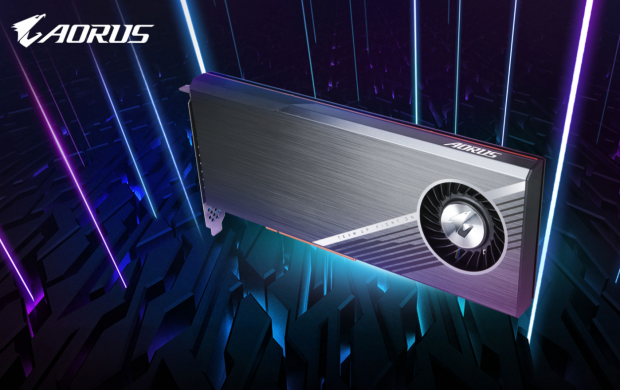 Their recent Sabrent Rocket 4 Plus offers a huge 7000MB/sec (7GB/sec) transfers, which are the fastest you can get from a single drive -- but now GIGABYTE has unveiled its new AORUS Gen4 AIC 2TB and 8TB SSDs.

The new AORUS Gen4 AIC 2TB SSD packs 4 x 500GB pre-installed NVMe M.2 SSDs directly to the AIC (add-in card) that detects as one single 2TB drive. The 8TB model is the same, with 4 x 2TB drives that show up as one beyond-ultra-fast 8GB SSD. 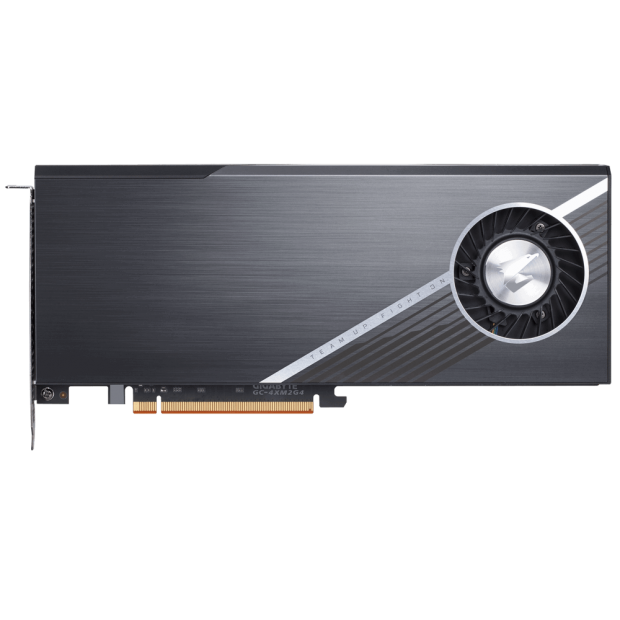 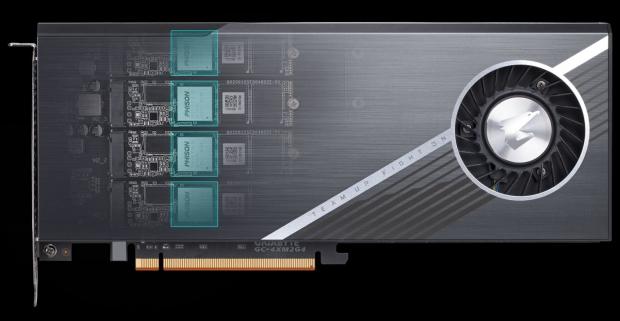 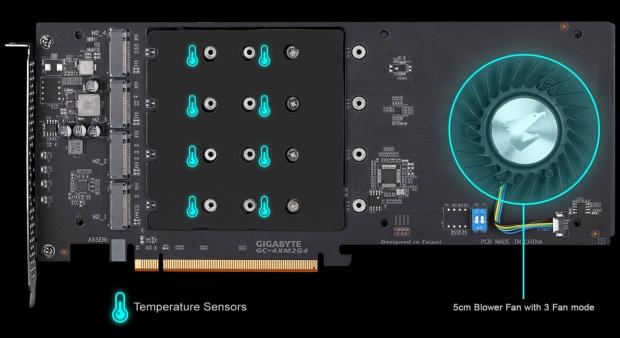 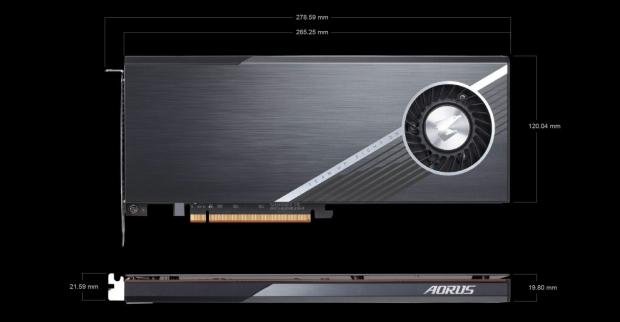 AORUS is using Phison's new PS5016-E16 controller, with a pretty elaborate cooling system to keep all of that super-fast NAND as cool as possible. The 2TB model has reads of up to 15GB/sec, while writes are 'just' 9.5GB/sec -- the 8TB on the other hand handles 15GB/sec in both writes and reads. 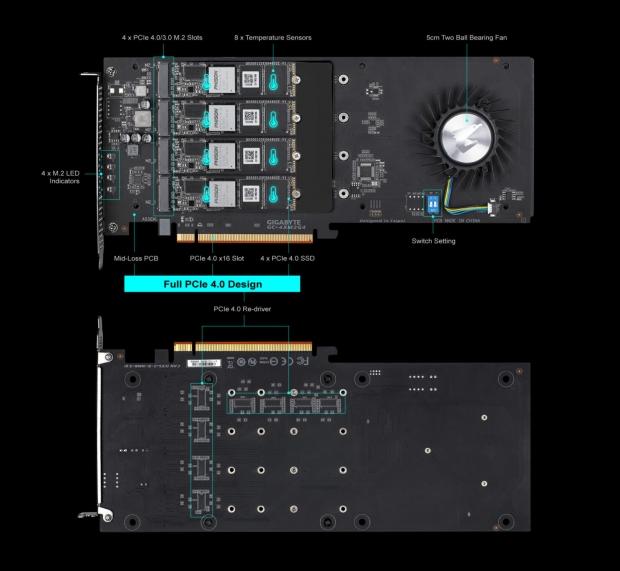 There is currently no pricing or availability for the 2TB AORUS Gen4 AIC SSD.