Tactical Haptics recently revealed its Multi-Pose magnet sockets for Oculus Touch controllers, which allow you to change the form factor of your controllers on-the-fly. The magnetic attachments can form several controller configurations. 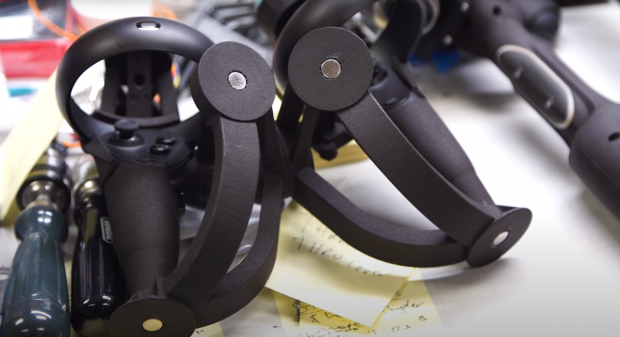 Tactical Haptics first showed off its modular Multi-Pose magnet socket system at Augmented World Expo in 2019. The technology was bundled in with the company's Reactive Grip Motion Controller, which simulate haptic feedback with shear forces. The company has since separated the two ideas into two separate products. They created a new controller called the SaberGrip, which we already wrote about. They made a consumer-friendly version of the Multi-Pose magnet system that works with Oculus Touch controllers. 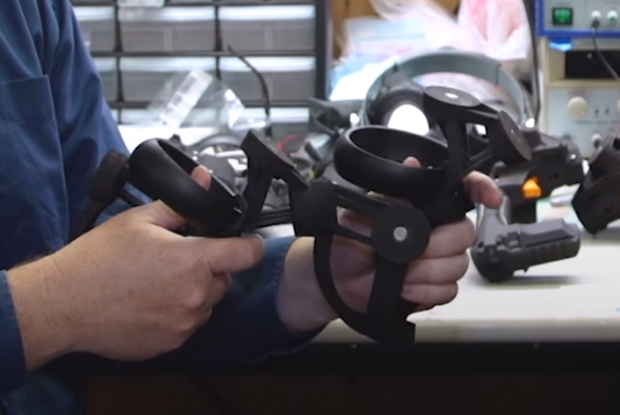 The Multi-Pose magnet socket is a sleeve that fits over the Touch controllers to add magnetic attachment points that couple your controllers together in various poses. Each sleeve includes five magnet points positioned at different angles. The design allows for machine gun, shotgun, and rifle configurations and handlebar and gamepad setup.

The magnetic points allow you to quickly switch between poses, which would be a fantastic compliment to games like Onward that offer many different weapon options.

Tactical Haptics is not yet selling the Multi-Pose magnet sockets for Touch controllers, but the company plans to have them on the market soon. The retail price is not locked down, but the company is targeting $50 to $100-no word yet on when they will be available.