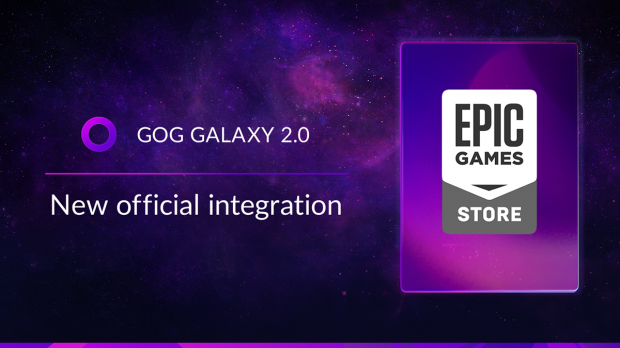 With GOG Galaxy, CDPR has an ambitious idea: To unify all storefronts in a universal launcher. Some stores are resistant to the idea--Steam, for example, and EA's Origin--but Epic has pledged their support. GOG Galaxy 2.0 can now link up with your Epic account and migrate, launch, and connect to your Epic Games Store content and games.

"We're partnering with our friends at Epic Games to bring you a more seamless and reliable experience while organizing, installing, and launching your Epic Games Store games via GOG Galaxy 2.0 thanks to the new official integration," CDPR wrote in a GOG update pane.

Not everything will cross over, though. Your games library, installations and launching, and game time will cross over, but your achievements, friends list, and chat functionality won't be available. You'll still have to launch the Epic Games Store to see and chat with friends. 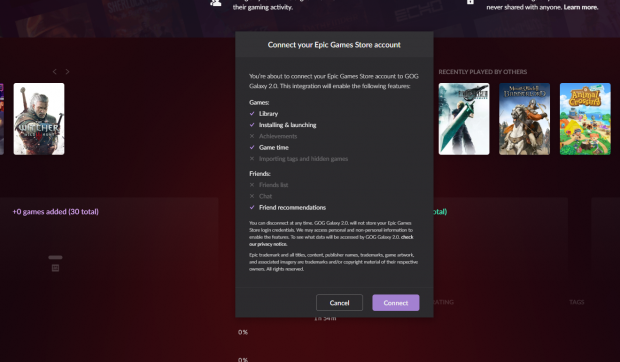 Epic Games boss Tim Sweeney says this move is an effort to recognize universal ownership of digital content. Sweeney's ideals mirror Microsoft's, who believes your games and content should follow you wherever you go or play, whether it's on mobile, console, or PC.

"Ultimately, ownership of digital items should be a universal notion, independent of stores and platforms. So much of the digital world today is frustrated by powerful intermediaries whose toll booths obstruct open commerce to keep customers and their purchases locked in,"Sweeney said on Twitter.

"Epic's committed to working with all willing ecosystems to connect our stores and recognize universal ownership. Early bits include purchase integration with Humble and others, and library visibility to GOG. A lot more will be coming over time."

Check below for the full press release sent out by GOG:

The goal behind GOG GALAXY 2.0 is to bring all your games and friends together in one place. Today, a new partner joins us and takes us another step closer to achieving it.

"We're happy to add to GOG GALAXY 2.0 the official integration with Epic Games Store, which is the second most connected external platform in the app," says Oleg Klapovsky, SVP at GOG. "Together with GOG.COM and Xbox Live, those official integrations are bringing a more seamless and reliable experience to gamers."

"We're excited that Epic Games Store integration has come to GOG GALAXY 2.0," said Steve Allison, General Manager of the Epic Games Store. "It's an important step towards breaking down walls between PC stores, as it enables a unified experience for players to manage their PC games library independent of where their games were purchased."

The new official integration is the latest addition to GOG GALAXY 2.0, which we're constantly improving with features requested by gamers. One of the recently added was the ability to see all your gaming subscriptions in one place. It helps gamers to conveniently browse, install, and launch games from an overwhelming amount of titles available on each subscription.