Far Cry 6 is coming in 2021 and will star Breaking Bad's Giancarlo Esposito, a leaked storefront listing on the PlayStation Store today confirmed. 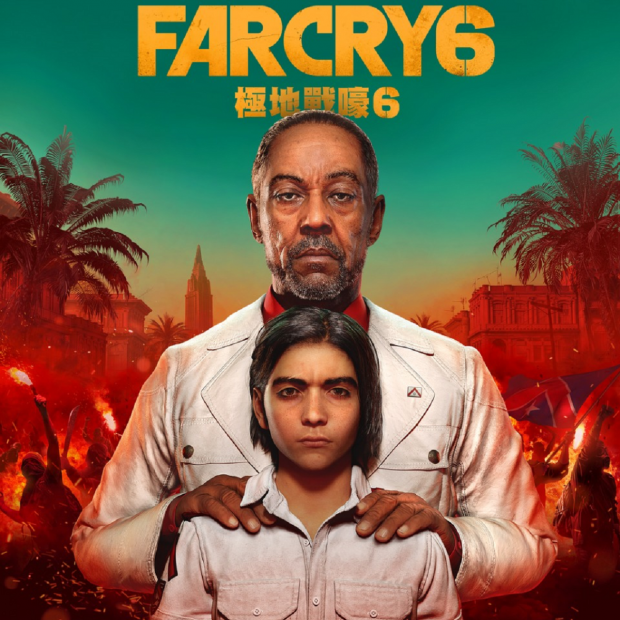 After many reports and rumors, Sony, not Ubisoft, finally confirmed Far Cry 6 is actually happening. Leaked PlayStation Store listings revealed a bunch of details including a February 2021 release date on PS4, and that Ubisoft is giving away a free next-gen PS5 copy of the game to anyone who buys the PS4 version.

Far Cry 6 takes place in a Latin America dictatorship called Yara that's ruled by Esposito with an iron fist. We don't see the main player character in the leaked cover art, but we do see Castillo, the main antagonist, and his son Diego. There's also apparently a sidekick named Chorizo, which is probably a dog companion. The game also has offline singleplayer as well as a two-player co-op mode just like Far Cry 5.

"Welcome to Yara, a tropical paradise frozen in time. As the dictator of Yara, Anton Castillo is intent on restoring his nation back to its former glory by my means, with his son, Diego, following in his bloody footsteps. Their ruthless oppression has ignited a revolution.

Play as Dani Rojas, a local Yaran and become a guerrilla fighter to liberate the nation.

Fight against Anton's troops in the largest Far Cry playground to date across jungles, beachesa nd Seperanza, the capital city of Yara.

Employ makeshift weapons, vehicles, and Amigos, the new Fangs for Hire to burn the tyrrannical regime to the ground.

Ubisoft was set to announce Far Cry 6 during its big Ubisoft Forward event on July 12.