THQ Nordic is far from done with the Kingdoms of Amalur IP, and plans to launch new expansion content for the 2012 game. This could lay the groundwork for a big new sequel. 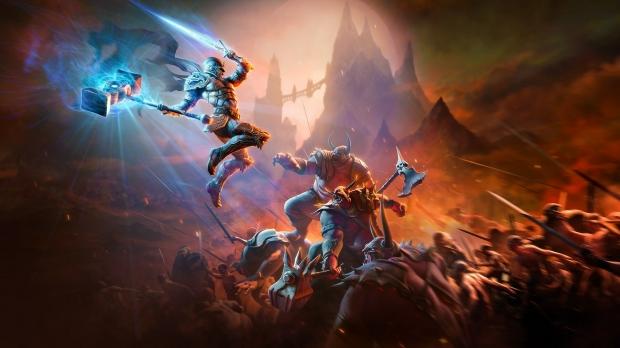 Kingdoms of Amalur is getting a remaster re-release in the next two months on PS4, Xbox One, and PC. The remaster packs in new graphics, effects, and improvements to the old-school RPG classic. It also sends a clear signal that THQ Nordic wants to capitalize on the IP, which isn't necessarily something that it does for all of the franchises it owns. But Kingdoms of Amalur isn't just getting a remaster--it's also getting a new expansion.

The next expansion is called Fatesworn, and it's due out in 2021 on all platforms. It'll be a paid and premium-style expansion, and could telegraph THQ Nordic's plans for the series. When games are resurrected like this, we often see devs work on expansions, DLC, or spin-offs to get developers back into the groove and help set up the story and tone for a sequel. Just look at what Valve did with Half-Life: Alyx, for example.

Remember that a Kingdoms of Amalur sequel was in development but was quickly cancelled when 38 Studios went under.

THQ Nordic would be wise to lean into this franchise and invest more into development. The series lore and overall setup was created by long-time fantasy writer R.A. Salvatore and was obviously meant to have a Tolkien-scope instead of being a one-and-done release. If successful, THQ Nordic could revitalize one of the most innovative and unique fantasy RPG franchises in the industry.

The Kingdoms of Amalur Re-Reckoning remaster will launch on September 8 (previously listed for an August 18 launch) on PS4, Xbox One, and PC. Check below for more details:

Uncover the secrets of Amalur, from the vibrant city of Rathir to the vast region of Dalentarth to the grim dungeons of the Brigand Hall Caverns. Rescue a world torn apart by a vicious war and control the keys to immortality as the first warrior ever to be resurrected from the grips of death.

The hit RPG returns! From the minds of the bestselling author R.A. Sal (Kingdoms of Amalur Re-Reckoning - PlayStation 4 Standard Edition)