Deck13, the team who made big indies like The Surge, The Surge 2, and Lords of the Fallen has been 100% acquired by Focus Home Interactive. 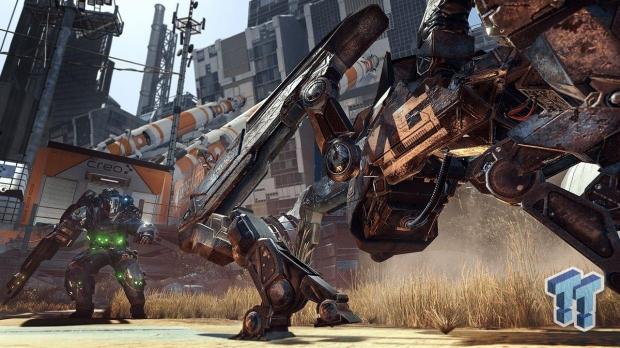 Focus Home Interactive is mostly known for smaller-scale AA hits like Greedfall, Vampyr, and The Surge 2, so buying out Deck13 makes a lot of sense. Not only are Deck13's games commercial successes (The Surge made €5.5 million in one year), the German games company brings 60 talented employees to the table.

The publisher has fully acquired the studio, its games IPs like Lords of the Fallen and The Surge, and its lucrative independent games publishing arm that's responsible for fan-favorites like the CrossCode RPG.

Jan Klose, Managing Director and co-founder of Deck13, added: "I am delighted to announce that Deck13 is now part of Focus Home Interactive. Our companies have been working together successfully since 2011, developing award winning brands such as The Surge. We are looking forward to leveraging the incredible capabilities of Focus Home Interactive to develop new successes".

Focus Home spent €7.1 million to buy out Deck13's full share capital and trigger a takeover. The buyout was made possible by a big new €46 million funding round aimed specifically and games development and studio acquisitions:

As part of its development and acquisition strategy, Focus Home Interactive set up in early February 2020 a financing plan with five banks and Bpifrance Financement for a total amount of €46 million. This financing consists of several credit lines (€23.5 million) and a revolving credit facility (€15 million) and two credit lines (€7.5 million) with Bpifrance Financement. This financing was signed at attractive terms and conditions and the duration of the lenders' commitment, over several years, once again demonstrates the credibility and the robustness of the Group's business model and the potential of long-term ambitions.