Currently, the biggest particle accelerator is the Large Hadron Collider, and when CERN decided they were going to build, it was a very large job to take on their shoulders. 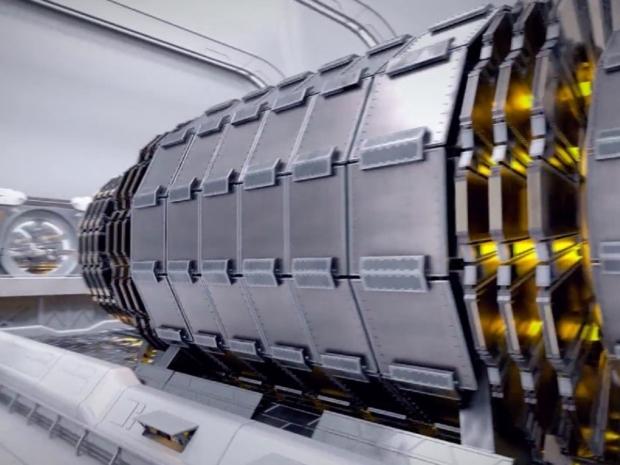 Now, CERN, the European Organization for Nuclear Research, wants to build a new one that is much larger, and of course, costs much more money. The Large Hadron Collider cost about $4.75 billion to construct, and took almost a decade before the construction was complete. CERN built the largest atom-smasher, which has a circumference of 17-miles, and while that might sound big - it isn't enough. Now, a report has come out on Nature detailing that CERN is pushing to build a new particle accelerator that is 62-miles in circumference.

CERN is now looking for the funds to get construction underway, but the push for the funds hasn't been met with the full support of the physics community. As Nature reports:

"The costly plan has detractors - even in the physics community. Sabine Hossenfelder, a theoretical physicist at the Frankfurt Institute for Advanced Studies in Germany, has emerged as a critic of pursuing ever higher energies when the scientific payback - apart from measuring the properties of known particles - is far from guaranteed. "I still think it's not a good idea," Hossenfelder says. "We're talking about tens of billions. I just think there is not enough scientific potential in doing that kind of study right now."

The goal of the new collider is to study the properties of the Higgs boson, but unfortunately, physcisists don't know where to look, which makes making the decision on cashing in on a new particle accelerator just that much more difficiult. If you are interested in reading more about this, check out the Nature article here.