We all know about the on-going protests across the United States (and now the world) over George Floyd, with a new photo going around social media showing armed gamers protecting a GameStop store.

The picture sees armed Americans which have been dubbed "rooftop gamers" with rifles, standing there to protect a GameStop store from being looted. The photo seems to have been taken in Pennsylvania, with the tweet reading: "If you're in the area of Aramingo and Butler: armed men on top of the Game Stop. STEER CLEAR. Photo was at 1430 or thereabouts".

Why "rooftop gamers" you ask? That goes back to the Korean business owners who pushed race rioters away from their stores with guns during the infamous LA riots of 1992. 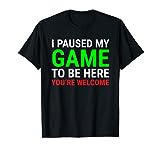