We all know that the new Intel Core i9-10900K processor is going to kick some serious ass when it launches on May 20, but now we have some early benchmarks to share with you. 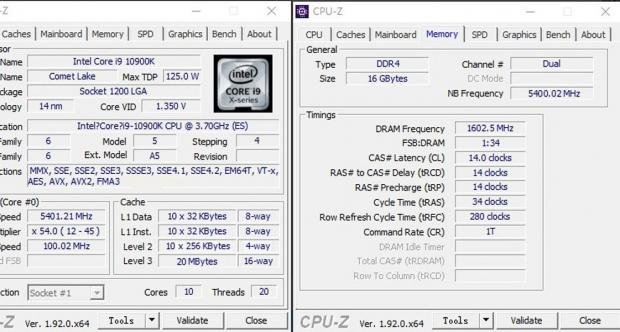 The leaked benchmarks see Intel's new flagship Core i9-10900K processor overclocked to a huge 5.4GHz, with the 10-core/20-thread CPU benchmarked in Cinebench R15. The Core i9-10900K being overclocked to 5.4GHz isn't an incredible overclock by any means, as it has a max turbo clock of 5.3GHz through Thermal Velocity Boost. 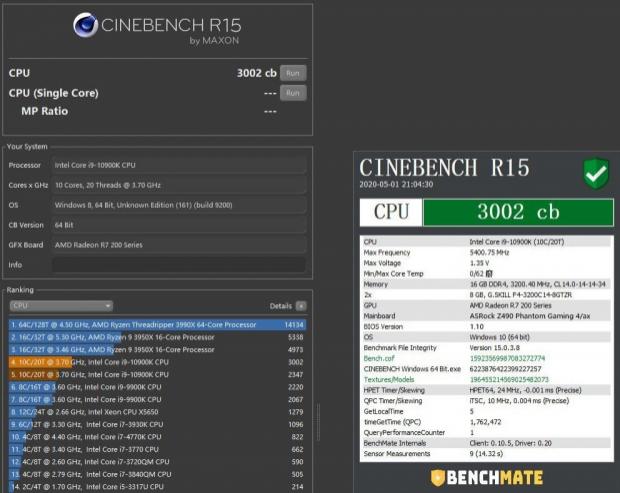