Astronomers have used the Very Large Telescope (VLT) to discover a new exoplanet that is so hot that it rains iron instead of water. 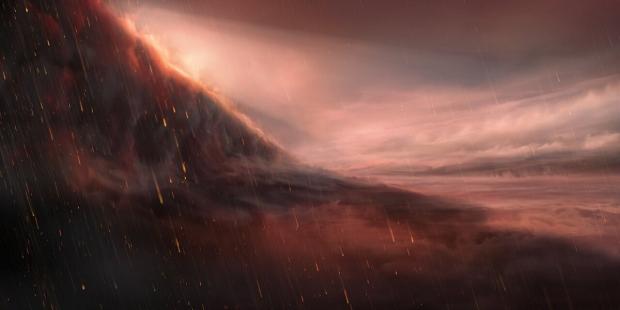 The planet is called WASP76b, and is an ultra-hot giant exoplanet that's dayside temperature of more than 2,600 degrees Celsius (4712F). This temperature is high enough that it can melt metals such as iron, but what happens is that strong winds push the iron vapor to the other side of the planet where it is cooled and turns into tiny droplets of iron. According to David Ehrenreich, "One could say that this planet gets rainy in the evening, except it rains iron."