If you are a fan of space, then it's most likely one of your dreams to be able to see Earth from space. You'd imagine that the first moment you gaze out at our blue planet would be incredible, right?

Garret Reisman, a former NASA Astronaut and currently a Professor of Astronautical Engineering at USC and a Senior Advisor at SpaceX, sat down with Joe Rogan on his podcast to explain just what that's like. Reisman was asked by Joe, "the first day you actually got up there, was that the first time you have been in space? So your first view of the Earth from above? What is that like?" Reisman then began to describe what that was like, and what kind of experience it was to see everyone's home from space.

Here's what Reisman said, "Wow. Well, I didn't see it right away cause I was in the mid-deck the downstairs of the shuttle, and there's only one window down there, and it's in the corner, ok, so it's in the hatch and it's like the size of a dinner plate. You had a lot of work to do as soon as you get up there, so I'm working like crazy, and after about 30 minutes I see this pale blue glow coming from that window. I was like, "that's the Earth... I should have a look at that". I was super excited for this, ya know? So I wanted to be ready, so I paused, closed my eyes, meditated -- call it whatever you want, I just got ready."

Continued: "When I felt like I was ready, I floated up to that window, and I opened up my eyes, and I gazed out for the very first time at the Earth from space. And what that felt like is really, really hard to describe in words, but if I had to pick one word to describe what I was feeling at that moment, it would be 'meh'."

Reisman then continues to explain that the reason he felt "meh" was because we have already seen pictures of the Earth from space. He does say it was very pretty and beautiful because of the Earth colors (blue and green). He also says that he felt underwhelmed from it all because his expectations were so high. 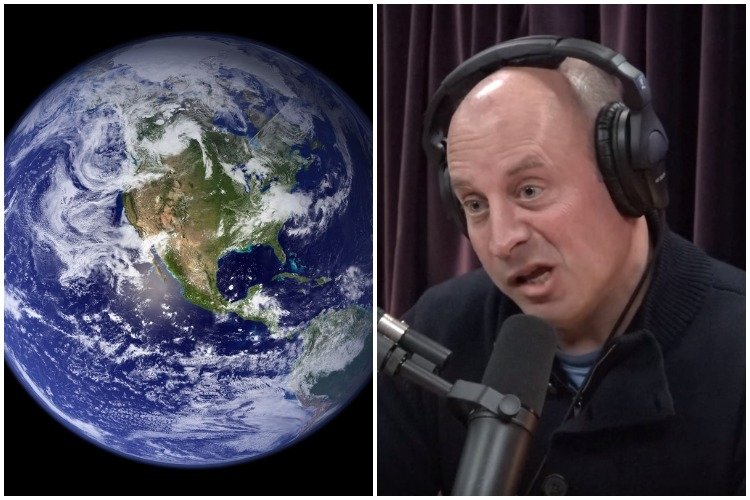