Microsoft no longer sees Sony or Nintendo as competitors. That means they could become allies to fight the true threat: Google and Amazon. 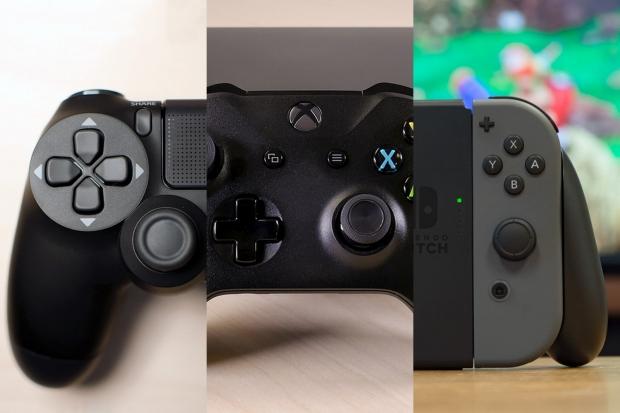 Microsoft is open to signing a kind of truce with Sony and Nintendo in a bid to fend off the incoming specter of Google's and Amazon's respective streaming might. It's kind of like when enemies join together temporarily to take out a bigger foe that threatens to upend everything--in this case, Google and Amazon could upend entire games industry and take over with more accessible game streaming solutions.

Consoles will still dominate in the short-term (Google's Stadia platform is far, far from being any kind of dominant force, and Amazon has yet to reveal its own streaming service.)

In a recent interview with Protocol, Xbox gaming boss Phil Spencer said something pretty interesting. Spencer sees Amazon and Google as its true competitors simply because of their respective cloud network infrastructures.

And he says Microsoft is open to a union with Sony and Microsoft in a bid to counter Google and Amazon, two sleeping giants who have yet to really awaken their true gaming potential.

"When you talk about Nintendo and Sony, we have a ton of respect for them, but we see Amazon and Google as the main competitors going forward. That's not to disrespect Nintendo and Sony, but the traditional gaming companies are somewhat out of position. I guess they could try to re-create Azure, but we've invested tens of billions of dollars in cloud over the years."

"I don't want to be in a fight over format wars with those guys while Amazon and Google are focusing on how to get gaming to 7 billion people around the world. Ultimately, that's the goal."

Microsoft's visibility, as always, is in the long-term game which includes a multi-dimensional console-streaming hybrid business. Sony has these aspirations too with its PlayStation Now service, but understands its own limitations--that's why Sony signed a deal to use Microsoft's potent Azure servers to power its cloud gaming network.

As to what extent this kind of peace treaty could be levied remains to be seen. For now it's basically just cross-play between Switch, PS4, and Xbox One. And of course the big Sony team-up to help power its own servers, but that's farther down the line.

Interesting times for the Big Three, and it's great to see Microsoft is willing to work with other companies to help stave off the billion-dollar might of Amazon and Google. The question now is...will Nintendo jump in full-steam, or will it operate in its own bubble as per usual? (Okay that's not necessarily fair, Nintendo has allowed Xbox LIVE integration on Switch via games like Cuphead and Minecraft, but its streaming efforts are notably lackluster.)