We know that Sony will be unveiling its next-gen PlayStation 5 in February, but one of those important steps is trademarking the PlayStation 5 -- something that the Japanese giant just applied for in Switzerland. 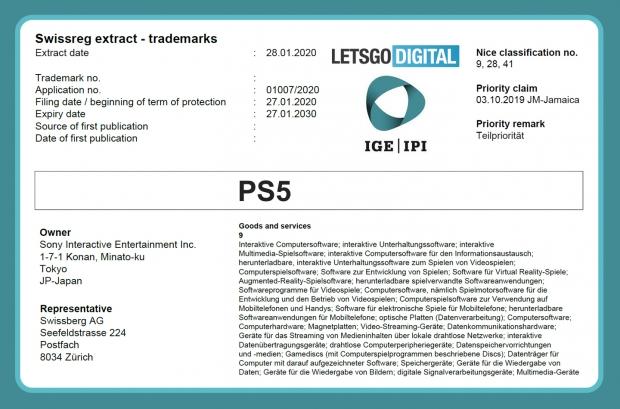 Our friends at LetsGoDigital have picked up the story, noticing that Sony has applied for the 'PS5' trademark on January 27, 2020 with the IGE IPI (Swiss Federal Institute of Intellectual Property). Sony submitted the application under Class 9, which includes game computers (obviously).