It seems Nintendo is in some hot water over a Switch user installing a SanDisk microSD card into his Nintendo Switch, which then promptly melted and destroyed his portable gaming machine. 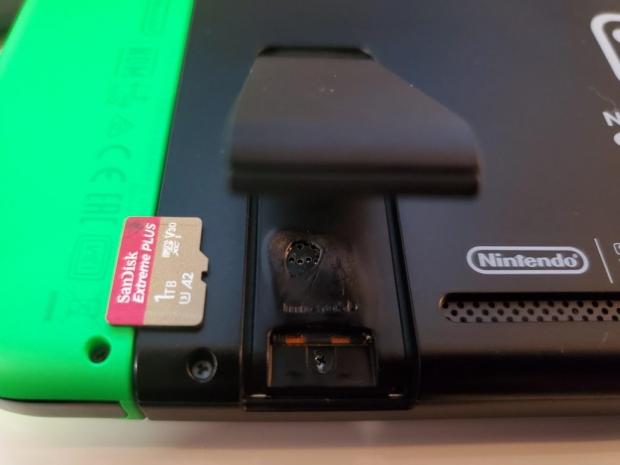 Nintendo Switch owner 'NefariousZhen' said on the Nintendo Switch subreddit that he installed a brand new SanDisk Extreme PLUS 1GB microSD into his Switch, which then burned a hole in it. He said: "I thought that I was getting a good deal on Black Friday when I bought a 1TB micro sdxc card. Apparently not! It melted the switch the first time I turned it on after installing (it was off as required). Switch is at version 9.1.0".

The microSD card that he used wasn't a cheap one either, with the SanDisk - Extreme PLUS 1TB microSDXC UHS-I costing $400, more than the Nintendo Switch on its own. The Nintendo Switch was out of warranty, but good guy Nintendo has stepped up and said they will replace the burned-out Switch.

NefariousZhen updated his post, saying: "I called Nintendo as soon as they opened this morning. Although my switch is out of warranty, she said that the switch will be taken care of by Nintendo. I asked if it was a known issue, and she replied that should never happen whether the card is faulty or not and therefore will be taken care of whether or not the switch was still under the limited warranty. I was instructed to hold on to pictures, the sd card, and the switch until I receive further instructions from them. I offered them pictures, but she said she did not want them at this time. I am still waiting to hear from SanDisk".