Earth is starting to have a really big problem when it comes to space junk, and the European Space Agency has noticed and is taking action. Prepare the space kamikaze garbage-collecting robots! 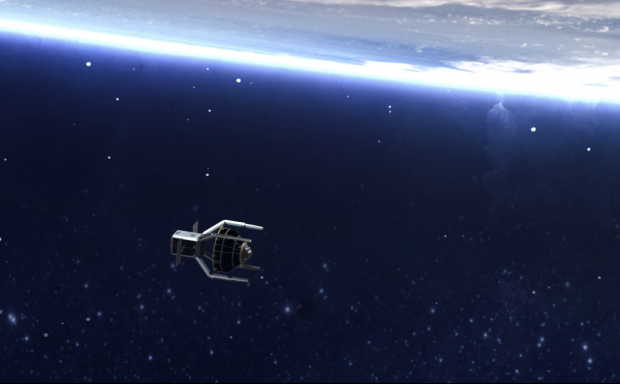 The low-Earth orbit zone measures in at about 1,200 miles in altitude, and located in this zone is about 3,000 broken satellites along with ten million-plus pieces of debris. While these pieces of satellite are small in comparison to the Earth and don't take up that much 'room' they still pose as an issue as they are traveling at tens of thousands of miles per hour.

If this 'space junk' collides with a working satellite, it can critically damage it and then create more space junk. Following this domino effect, you can probably see why we want as little of this in our atmosphere as possible. So what's the fix? The European Space Agency (ESA) are announcing plans to launch little robots that use their four arms to hug the debris and then drag it into Earth's atmosphere where it will burn up. At the moment, there are about 2,000 working satellites in Earth's orbit and 3,000 failed ones.

According to Luc Piguet, founder and CEO of ClearSpace, the Swiss junk-removal startup partnering with ESA on the mission, "The space debris issue is more pressing than ever before. Today, we have nearly 2,000 live satellites in space and more than 3,000 failed ones. And in the coming years, the number of satellites will increase by an order of magnitude, with multiple mega-constellations made up of hundreds or even thousands of satellites planned for low Earth orbit."