Just recently, NASA's Reconnaissance Orbiter spacecraft that is orbiting the red planet spotted some promising signs that Mars could contain fossils that could lead to life. 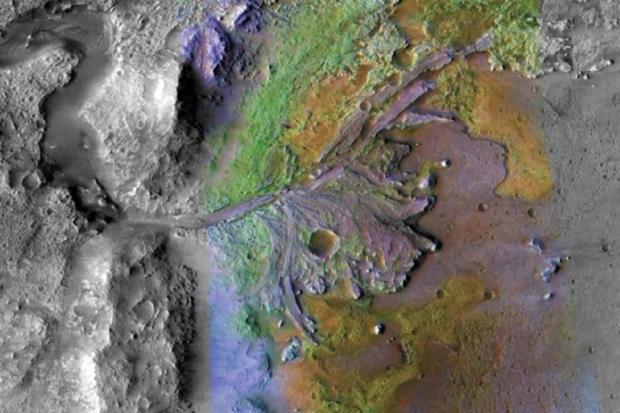 The Orbiter located NASA's Mars 2020 rover landing location called the Jezero Crater. Inside this crater, the spacecraft identified that hydrated silica, which is a mineral that is extremely good at persevering the previous contents of life. This means that when NASA's rover lands on Mars next year that it already has a spot to examine preserved signs of life.

It should be noted that silica is a crystal composed of silicon and oxygen and is commonly found in materials such as quartz, glass, and sand. Why are NASA and scientists after this mineral in particular? Because hydrated silica can hold water within its crystallized structure and on Earth, it can be formed in many different environments such as volcanic glass and on the ocean floor. Scientists also note that hydrated silica is one of the most robust materials we know of as it resists environmental decomposition from wind and water.

Jesse Tarnas, a planetary scientist at Brown University and one of the authors of the paper, said: "The oldest evidence - definitive evidence - of microfossils that we have on Earth are usually found in silica".