The University of California just made a breakthrough in harnessing the most powerful light in the universe, which could lead to the creation of gamma-ray lasers. 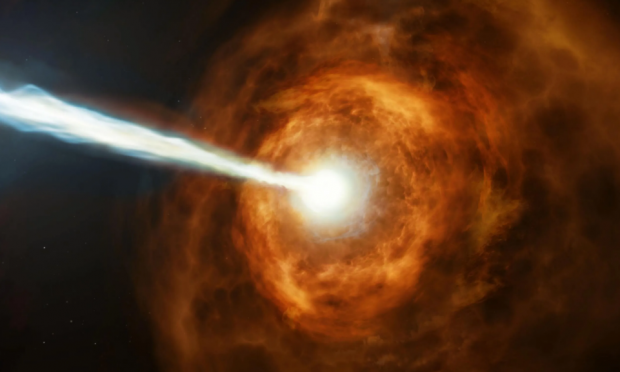 Firstly, gamma rays are electromagnetic radiation that is emitted from the radioactive decay of atomic nuclei. Usually, these rays are extremely brief and very, very bright, meaning they harbor the most photon energy. Scientists at the University of California have figured out a way to make stable positronium atoms, which is the stepping stone to creating gamma-ray lasers that could lead to massive technological upgrades.

So how is this done? Scientists take a hydrogen-like atom that combines a mixture of both matter and antimatter (electrons and their antiparticles positrons) and collide them together - the collision results in gamma-ray photons being produced. So, to create gamma-ray lasers, scientists were required to find a way to stabilize the production process of gamma-ray photons by keeping the positronium atoms in the same quantum state. This was done through the use of helium, or, more precisely, liquid helium.

Professor Allen Mills of the UC Riverside Department of Physics and Astronomy shows how spherical bubbles containing positronium atom gas can be kept at a stable level using liquid helium. Here's what he had to say, "My calculations show that a bubble in liquid helium containing a million atoms of positronium would have a number density six times that of ordinary air and would exist as a matter-antimatter Bose-Einstein condensate."