Star Citizen continues to break records before the game is even fully realized, with over $251 million in crowdfunding so far. 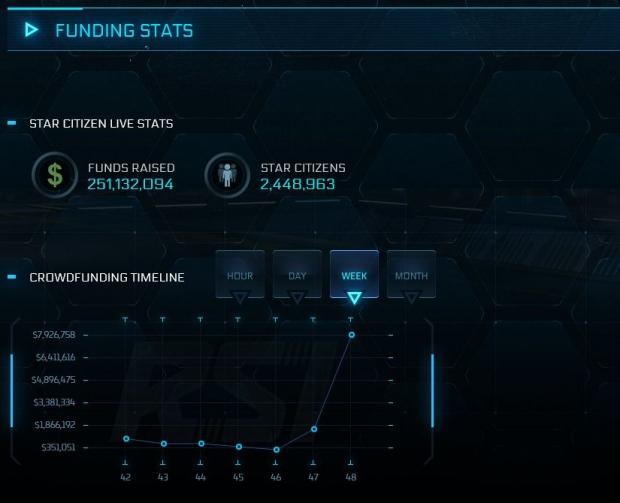 Chris Roberts' brainchild continues to get more backers and funding, with 2,448,963 backers at the time of writing and a huge $251,132,094 in funding so far. The last week saw a gigantic spike in funding, with gamers pouring a huge $8 million into the game this week alone.

CitizenCon 2019 was held in the last few weeks, with major updates to Star Citizen taking place in Alpha 3.7 and a tease of the new icy microTech planet, too. This is where the developers were able to tease the upcoming dynamic weather system (coming in 2020) as well as Planet Tech 4.0 (which is coming with Alpha 3.8).

Have you put any money into Star Citizen? I know a fair amount of people that have, including my brother and cousin who are (like me) long-time Chris Roberts (and thus, Wing Commander) fans.