Just this past week, Hideo Kojima was proud to release the highly anticipated title, Death Stranding. While most people would think that Kojima would be taking some time off to relax, instead, he is accepting some Guinness World Record awards.

Above, we have a Tweet from the official Guinness World Records Twitter account, and it shows Hideo Kojima accepting two individual awards. Strangely enough, these awards are not Death Stranding-related at all and, instead, are for Kojima's social media statistics.

The awards have been given to Kojima for his follower counts on both Twitter and Instagram. According to the description of the Tweet, Kojima now has the most followers on Twitter for a video game director and the most followers on Instagram for a video game. Death Stranding is now currently available on the PlayStation 4 and will be arriving on PC via the Epic Games Store and Steam in the Summer of 2020. 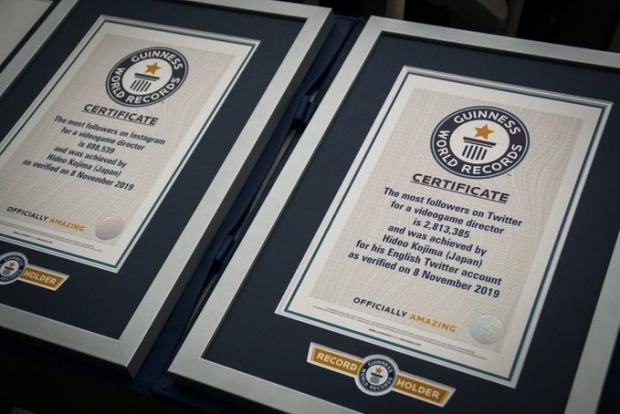