A new announcement has come out from Facebook CEO, Mark Zuckerberg regarding his views on freedom of speech. He says he will be addressing the public via a livestream tomorrow. Facebook CEO, Mark Zuckerberg has taken to his official Facebook page to post a status update that says he has been writing a new speech about his views on voice and free expression. Zuckerberg says that this speech is the "the most comprehensive take I've written about my views, why I believe voice is important, how giving people voice and bringing people together go hand in hand, how we might address the challenges that more voice and the internet introduce, and the major threats to free expression around the world."

Zuckerberg continues in his post to say that this speech will contain much of what he has learned over years by focusing on these subjects. The CEO also says that this speech has taken him a lot of time to form and that its an "unfiltered take" on how he thinks about these extremely serious questions. For those interested in tuning into the livestream, Zuckerberg says that he will be going live on Facebook at 10am PT / 1pm ET. 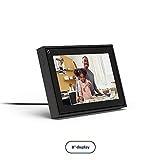