While there's no sign of Henry Cavill confirmed as Superman in any future DCEU movies, The Batman has just scored its Catwoman with 'Big Little Lies' star Zoe Kravitz to star as the possible love interest of Batman. 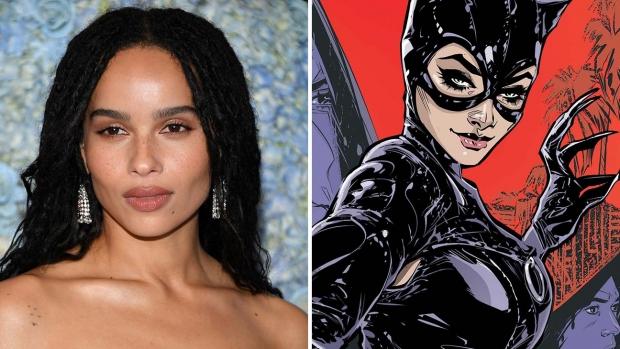 Kravitz joins Robert Pattinson who will play Batman in Matt Reeves' upcoming take on the caped crusader, with pre-production on the movie expected to begin in the summer. Insider sources of Variety add that The Batman could be filming as soon as later this year or early-2020 with the movie to hit theaters on June 25, 2021.

Kravitz stars in Big Little Lies on HBO which is just finishing up its second season, and will be found in 'High Fidelity' which will be on Hulu later this year. The last time we saw Catwoman on screen was in The Dark Knight Rises back in 2012 under the direction of Christopher Nolan, with Anne Hathaway playing the character. Before that, we saw Michelle Pfeiffer in the iconic role back in 1992's 'Batman Returns'.

But we won't talk about Halle Berry in Catwoman from 2004, okay? I'm still reeling from those nightmares.