NVIDIA has just announced its new RTX Broadcast Engine, a new gaming-focused feature that taps the Tensor Cores available on Turing GPUs inside of the GeForce RTX series of graphics cards. 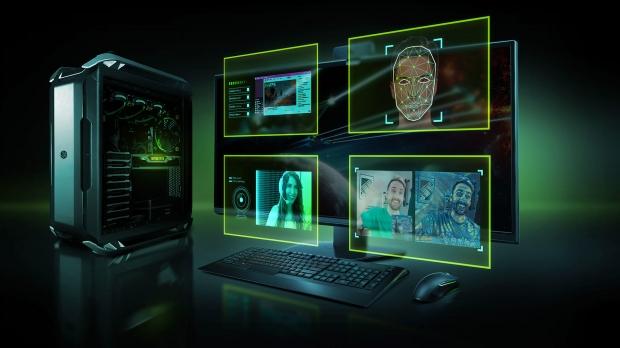 RTX BRoadcast Engine will be capable of live filters, greenscreening, and other game-focused features for Twitch streamers. NVIDIA is doing some impressive stuff here as it can fully remove the background from your stream with RTX Greenscreen, replacing whatever is behind you with gameplay, or something else entirely.

NVIDIA explains in a press release: "The RTX Greenscreen AI model understands which part of an image is human and which is background, so gamers get the benefits of a greenscreen without needing to buy one".

This wouldn't even be a thing if it wasn't going to include OBS support, with NVIDIA to support the service "in a few months".

RTX Broadcast Engine also touts some AR goodness, something that will use your webcam to detect your face and then track facial movement. NVIDIA lets you overlay your expressions and speech onto a 3D character, similar to what we find on flagship smartphones.