Don't worry -- Google having an always-watching camera inside of your house will be totally private. I promise. I won't have to write a story years from now that some data leak has occurred, and millions of hours of footage of random people -- including families with young children, will have their videos from within their living room leaked. 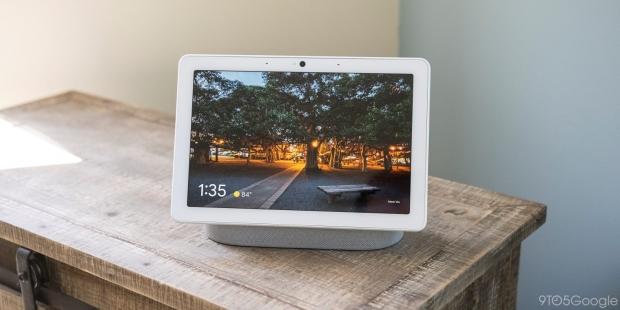 Google has just unveiled its new Nest Hub Max smart display, which bakes in a front-facing camera and something Google calls Face Match. Face Match uses facial recognition technology to remember what you, and other people in your house, look like.

The company claims it will use captured faces to build personal identities, and then personalizing the data it displays such as calendars and Google Duo messages, to who it recognizes.

That sounds nice and all, but what about personal data? Always-on cameras with facial recognition sounds like some 1984-style privacy concerns. The camera is indeed always on, with CNET asking Google just how this works.

Google said: "If camera sensing is enabled and the camera is on (i.e., not turned off via the hardware or software switch), then the camera is continuously processing pixels to look for faces and/or gestures. This processing is done locally on the device, and no pixels leave the Nest Hub Max".

Geoffrey A. Fowler wrote in The Washington Post: "But that's just the beginning of Google's camera story. If you opt in to the Hub Max's "face match" features, Google asks each family member to briefly scan his or her mug. Then the Hub Max's camera stays on, ambiently looking for those faces. When the Assistant finds one, it tailors the content on its screen. In the morning, it spotted me and proactively displayed a rundown of my day and commute - I never issued a command. You can also use it to leave reminders that pop up when the intended recipient passes by".

This is an exerpt from the novel 1984: "The telescreen received and transmitted simultaneously. Any sound that Winston made, above the level of a very low whisper, would be picked up by it, moreover, so long as he remained within the field of vision which the metal plaque commanded, he could be seen as well as heard. There was of course no way of knowing whether you were being watched at any given moment. How often, or on what system, the Thought Police plugged in on any individual wire was guesswork. It was even conceivable that they watched everybody all the time. But at any rate they could plug in your wire whenever they wanted to. You had to live - did live, from habit that became instinct - in the assumption that every sound you made was overheard, and, except in darkness, every movement scrutinized".

I'll leave you with that, let me know your thoughts in the comments below.