Lenovo had a big show this year at IFA 2019 unveiling not one or two new Yoga laptops, but four new models that spread into 3 new models in their C-series and a new model in its S-series family. 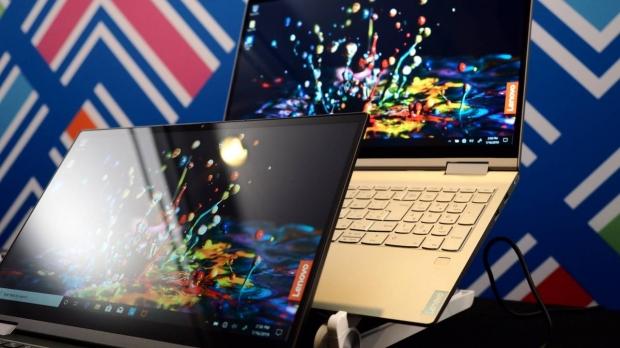 The new Yoga models are familiar, roling out with the same flexibility as previous-gen Yoga products but have new features and internals to keep us impressed. We're looking at USB-C, Dolby Vision, and even Intel's new 10th-gen CPUs.

Starting with the new flagship Lenovo Yoga C940, we have a 4K VESA DisplayHDR 400 screen with super-slim bezels, Dolby Vision, and 500 nits of brightness. Lenovo will be offering the Yoga C940 in two sizes: 14- and 15.6-inch, with the displays starting off at a 1080p resolution but making their way up to 4K.

Inside of the 14-inch Yoga C940 you'll have two CPU options with the Core i5 and Core i7 chips in Intel's new 10th-gen CPU offerings, while the larger model includes 9th-gen Core i7 and even Core i9 offerings.

Both of them will arrive with up to 16GB of RAM and up to 1TB of storage, with both the 14- and 15.6-inch Yoga C940 models including two speakers, a rotating soundbar (!!!), fingerprint sensor, webcam privacy shutter (Mark Zuckerberg will like this), far-field microphones, and Dolby Atmos audio.

We're looking at connectivity galore as well -- including Thunderbolt 3, USB-A, DisplayPort, and combo audio jack -- these will vary between models. Battery life isn't too bad with 9-12 hours for the 15.6-inch model, and a huge 9.5-17.5 hours for the smaller 14-inch Yoga C940. 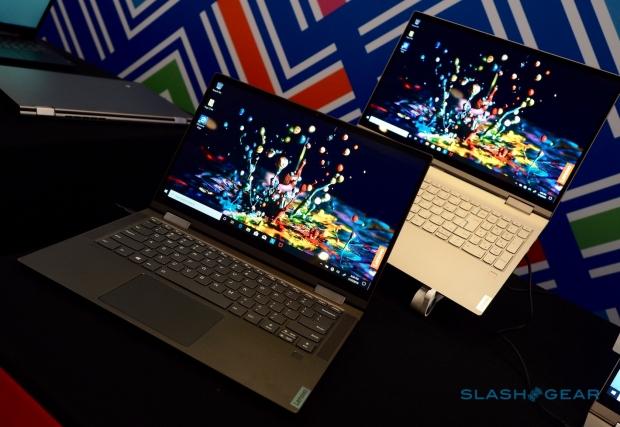 Next up is the Yoga C740 which is a new ultrabook that offers great performance but also great portability. We have the same two display options between a 14- and 15.6-inch panel, with the same Intel 10th-gen CPU offerings, and same up to 16GB RAM and 1TB storage on the C740 models.