A memorable game not only captures a player by its gameplay but also its soundtrack. Bloodborne is one of these titles and will soon be getting its own physical vinyl soundtrack release.

FromSoftware's soundtrack for Bloodborne was composed by Ryan Amon, Tsukasa Saitoh, Michael Wandmacher, Yuka Kitamura, Cris Velasco and Nobuyoshi Suzuki. Just like movie soundtracks, game soundtrracks create the atmosphere the player is immersed in. The Bloodborne soundtrack does this exceptionally well, as it increases tempo when the player is facing off against a boss which heightens the overall tension.

Bloodborne's soundtrack was already available to listen to through streaming, but now a recent announcement reveals that in September two double-disc soundtracks will become available to purchase. The standard retail copy will be on black vinyl and the limited-edition will be "grim green" with a double gatefold sleeve. Each of the discs include 21 tracks and cost $35. 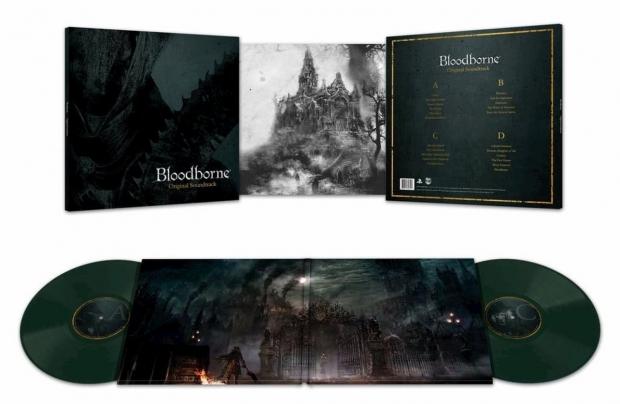