Blizzard have released another graphics overhaul for StarCraft Remastered, this time round we are introduced to StarCraft Cartooned.

The above trailer gives us a funny and quirky introduction to StarCraft Cartooned which has been created by Carbot Animations. The overhaul lets players choose in the graphics setting if they want their game to appear cartoonish across the board. The graphics changes every unit, building, structure, map, menu and mission with this cool fresh new art-style.

Not only can players enjoy the single player campaign with a new splash of color, but they can take that color to online/multiplayer games as well. It should be noted that this graphics mod can only be applied to StarCraft Remastered and will also cost $15. For more information check out the official link here. 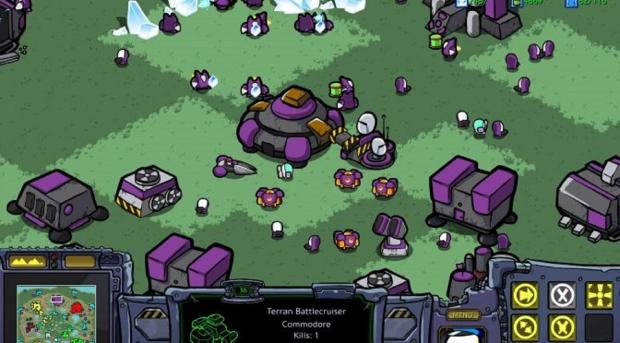