During this week at the Cannes Film Festival, Quentin Tarantino will be revealing early screenings of his ninth film Once Upon a Time Hollywood. Tarantino has asked his viewers to please not reveal anything.

On the official 'Once Upon a Time in Hollywood' Twitter page, a picture of a note signed by Tarantino details how Tarantino would like viewers to come into his new movie. Tarantino begins by saying; "I love CInema, You love Cinema. It's the journey of discovering a story for the first time."

Tarantino continues and says that he is very "thrilled to be here in Cannes to share "Once Upon A Time... In Hollywood" with the festival audience. The cast and crew have worked so hard to create something original, and I only ask that everyone avoids revealing anything that would prevent later audiences from experiencing the film in the same way." 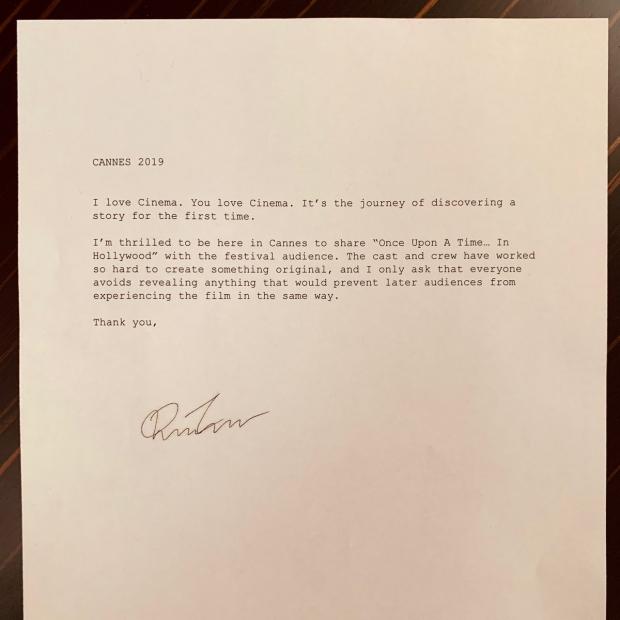