Samsung has given the first wave of its new foldable smartphone, the Galaxy Fold, to some influencers and reviewers ahead of its April 26 launch in the US. Some of those units were breaking in their first day which caused a ton of controversy that has now resulted in Samsung officially delaying the entire launch of the world's first foldable smartphone. 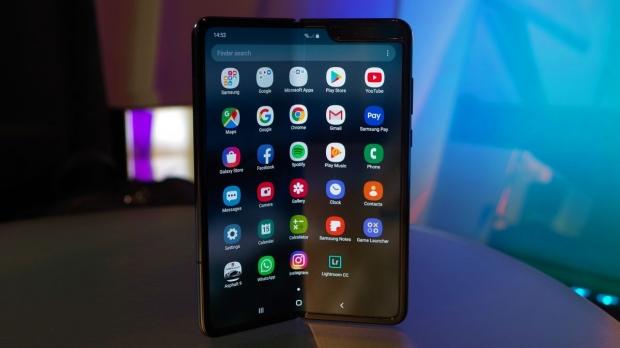 It started with Samsung announcing it has delayed the launch of the Galaxy Fold in Hong Kong and Shanghai, with no new dates provided for the launch event in the country. Hours later the global launch for Galaxy Fold was canceled. Samsung hasn't provided any ETA on the release of the Galaxy Fold other than saying a new release date would be revealed in the "coming weeks". By that commetn alone, we're at least another month away from it launching.

Samsung explained in its full statement:

We recently unveiled a completely new mobile category: a smartphone using multiple new technologies and materials to create a display that is flexible enough to fold. We are encouraged by the excitement around the Galaxy Fold. While many reviewers shared with us the vast potential they see, some also showed us how the device needs further improvements that could ensure the best possible user experience.

To fully evaluate this feedback and run further internal tests, we have decided to delay the release of the Galaxy Fold. We plan to announce the release date in the coming weeks. Initial findings from the inspection of reported issues on the display showed that they could be associated with impact on the top and bottom exposed areas of the hinge. There was also an instance where substances found inside the device affected the display performance.

We will take measures to strengthen the display protection. We will also enhance the guidance on care and use of the display including the protective layer so that our customers get the most out of their Galaxy Fold. We value the trust our customers place in us and they are always our top priority. Samsung is committed to working closely with customers and partners to move the industry forward. We want to thank them for their patience and understanding.

Not all of the review units have been affected with industry legend Patrick Moorhead, President & Principal Analyst of Moor Insights & Strategy has had no issues with his Galaxy Fold. On Twitter, Moorhead tweeted:

I reached out to Patrick for a personal comment on Samsung delaying the global roll out of the Galaxy Fold, where he told me: "While this is a bit of a black eye, I think this is a positive move by Samsung to check final shipping units for any potential issues before they hit consumers. I had my Galaxy Fold for 5 days and have not encountered any of the issues a handful of reviewers were experiencing. While many of the issues were caused by reviewers peeling off a permanent, protective layer, two to three reviewers had not removed it and still had issues. As long as the final shipping units don't have any issues or Samsung enables a very aggressive "no questions asked" replacement program, I don't see any issues with stunting foldable smartphone category growth. Smartphone sales numbers are declining and the industry needs a winner with the category".