The latest update for The Division 2 dubbed Update 2.1 fixes a bunch of issues, but the big daddy update in Title Update 3 was due April 25, and now has been delayed and releasing "sometime in May". If you want to see The Division 2 benchmarked with 20 graphics cards, check that out here. 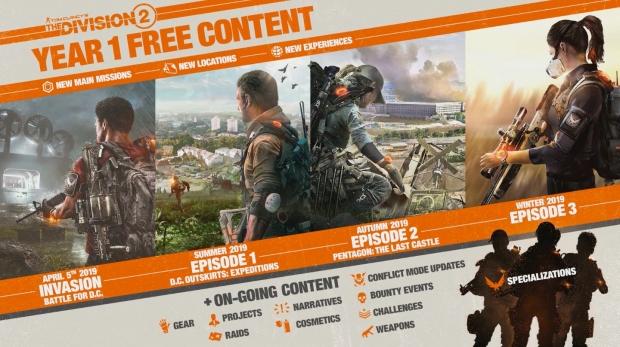 Ubisoft explains in a blog post: "The final release date of Title Update 3 will be based on results from further testing and balancing of the game. Operation Dark Hours will be your biggest challenge to date, and we want to make sure that we've properly tested the large amount of balance changes that are coming to both PvE and PvP and listen to your feedback about the changes before introducing the raid".

I respect the team for delaying the update by a couple of weeks as The Division 2 has been one of the smoothest launches of a big persistent world AAA game in a very long time. Ubisoft and Massive obviously want this trend to continue, deciding to delay Title Update 3. However, if you're playing The Division 2 on the PC you can test some of these changes out on the PTS, or Public Test Server.

Ubisoft talks about the PTS version of The Division 2 and its new Title Update 3, adding: "The plan is to structure the PTS in phases, each lasting a few days and focusing on a specific part of the game. We will have surveys and dedicated forum threads (together with our traditional general and technical issues forums) to cover these topics".

The PTS is live and while it not include the raid, it has everything else Title Update 3 will feature when it's live.