Microsoft have updated what free games Xbox LIVE Gold users will be getting over the course of April. Here is what will be completely free! 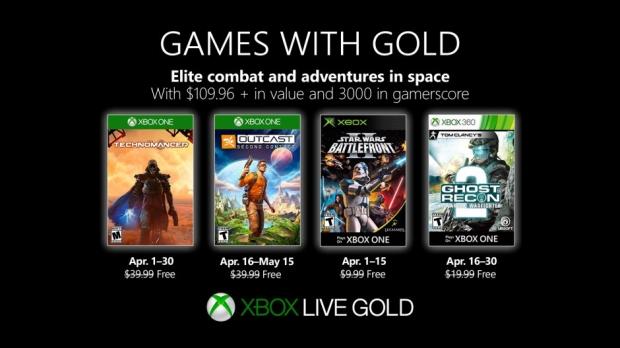 For Xbox One owners that have Xbox LIVE Gold, The Technomancer will be available to download throughout April. The Technomancer is developed by Spider Studios and published by Focus Home Interactive. It is a game based on Mars that takes players to the War of Water, 200 years after humans decided to colonized Mars. Outcast: Second Contact will also be available to Xbox One owners from April 16th until May 15th.