Castle Crashers developer, The Behemoth have announced that their popular 2D title will soon be making its way to the Nintendo Switch and PS4.

The announcement has been sourced from the official Behemoth website and features a nostalgic video of some of the best moments the developers have had over the past decade. The blog post gives details for what is going to be featured on both of the platforms. For the Nintendo Switch Castle Crashers Remastered will run at 60FPS, all previously released downloadable content, online multiplayer, HD rumble, Switch Online, 4 player local Joy-Con support and much more.

The PS4 version will come with the latest lighting supporting on the controllers, which will reflect the color of your character on your controller. The PS4 version will also support all of the features that I mentioned the Nintendo Switch version would be getting, excluding the Nintendo specific features such as Switch Online and Joy-Con support. For anymore information, visit the official blog post here. In the entirety of this post you will find the 'Celebrating 10+ Years of Crashing Castles' video that showcases the progression the developers have achieved over the years. 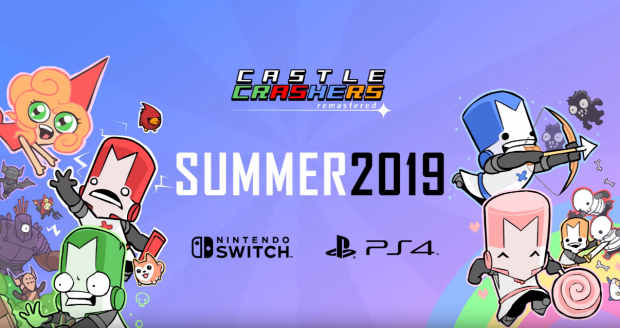