Game Informer looks to have some exclusive work with Remedy surrounding its upcoming game Control, with a new video showcasing a bunch of supernatural abilities you'll have in the game. Check it out:

In this video we get to see a bunch of the supernatural moves and prototype weapons you'll get your hands-on in Control, with one of the best uses of the environment, and destruction that I've seen in a game so far. One of the abilities 'Launch' will let you control the environment where you can pick things up and throw them at enemies. This includes chairs, tables, fire extinguishers, and even bits of the wall and floor.

The same parts of the environment and powers can be used with the Shield ability, which will let you use the same parts of the environment as protection. In this case, you could pull up a bunch of chairs or desks and use them to shield you from a barrage of bullets from enemies. The next power is Evade which lets you move super quick for a very limited amount of time, but you'll also be able to fly around with levitation powers which looks super slick.

But the next power... that's the one that has me squirming with excitement to play Control. With this ability you'll take advantage of your telepathic abilities to get inside of the minds of your enemies, where you can temporarily make them be on your side. There are particular enemies that heal their team mates, but when their minds have been controlled they'll heal you, which will surely change up the gameplay in Control over other games.

Better yet, Control will have RTX features from NVIDIA and their new fleet of GeForce RTX series graphics cards so the game will also look gorgeous. There has been some serious time pumped into the lighting and environmental destruction in Control, something I'm excited to get my hands-on and play around with. 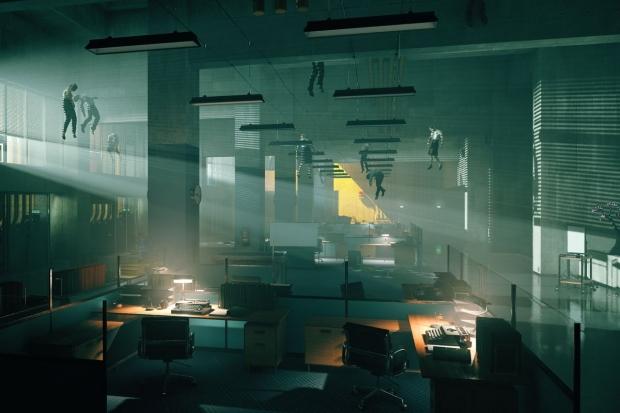